The sea is for most of its inhabitants a vast place where danger can get to you anywhere. This might be especially true when you are one of those small and mostly harmless species spending your life slowly swimming around, minding your own business (eating and reproducing), somewhere in the upper 200m or so of water. Because there are many big-mouthed and possibly big eyed animals out there that think you might be one of the best things there is to eat. For the small pelagic (living in the open ocean and not close to the sea floor) amphipods in the suborder Hyperiidea this is one of the dangers of everyday life. The genus Hyperiella can be found in the Southern Ocean, and one of their main predators are the icefishes (Nototheniidae). So what do you do when you are a small and quite tasty animal that is not a very fast swimmer and there are a lot of fishes out there to eat you?

Two of the three Hyperiella-species have found a quite ingenious solution. They hitchhike with a group of other small slow-swimming pelagic animals – pteropods. Pteropods (from the greek “wing-foot”) are sea snails (gastropods). Hyperiella australis pics up a life with Spongiobranchaea australis, and Hyperiella dilatata hangs out with Clione limacina antarctica. Both pteropods are from the group we call Sea Angels (Gymnosomata), and in a way they are saving angels for the amphipods: the ice fish don´t eat these strange couples. Why?

It seems the pteropods have developed a chemical protection against predation. They obviously taste extremely bad, for observations of icefish trying to eat the hitchhiking amphipods together with the pteropods result in them both being spit out again. Most times, the fish would see what it thought was good food, and then swim away when they discovered what they were almost eating. Not so very strange, then, that Hyperiella are holding on to their colleagues for their life! It might not be hitchhiking after all, but rather kidnapping – or brute force. The amphipods hold on to the pteropods with their to-three hindmost pairs of legs, and keep the sea angel on their back – much like a backpack. Observations are that they are repositioning them there all the time – almost like kids running with bumpy backpacks on the way to school. They don´t even let go when the researchers preserve them! What this treatment do to the pteropods we still don´t know. But it does not seem they are able to eat very much when being held hostage as chemical defence-backpacks. That may not be the biggest problem in a short time-scale – their Arctic relatives have been shown to survive almost a year without food. What happens when they really get hungry we do not know. The amphipods are still able to feed, even though the pteropods can be up to 50% of the amphipod size. Maybe the pteropods do some of the swimming for the amphipods?

This behaviour is much more common close to the coast than in the open sea: close to the McMurdo area, 75% of the Hyperiella were seen hitching with a pteropod. Now we know that this pairing can be found in the open sea, and maybe is it more common that we think. It is not the first thing we have looked for so far when examining samples. When the University Museum of Bergen joins the Norwegian Polar Institute and the Institute of Marine Research to the Southern Ocean in the austral autumn this coming March, we will make a special effort to search for such collaborators.

We often say that without knowing the species you examine, you really can’t know a lot about whatever it is you are examining. But how do you get from knowing for example “this is an amphipod” to knowing “this is Amphilochoides serratipes”? Most researchers would usually stop at the “this is an amphipod”-stage, and many specialists  would call it a day at “this amphipod belongs to the familily Amphilochidae”. but then there are the one or two researchers who have gone on to specialise in this family (I think there are three of us in the world at the moment).

But finally – those days are over!
As a special gift on this Nicholaus-day when all German colleagues get a special gift from St Nicholaus (who is Father Christmas) we present to all of you – regardless of nationality or faith: The key is a product of a collaboration between the NorAmph-project and the German-lead IceAGE project that examines benthic animals around Iceland, and the technical production and web-hosting of the key is from the Norwegian Taxonomy Initiative (Artsprosjekt) (who – we have to say – also have financed the NorAmph-project!) Hurrah for a great collaboration! You might still wonder what an Amphilochid amphipod is?

The family Amphilochidae are amphipods that are quite small (1-6mm in length) and quite stout. They are not extremely good swimmers, though much of that can be from their small size – and from their short appendages. They can be found all over the world, and are common at many depths in our cold waters. Even though they are small and easily overlooked, they sometimes occur in relatively large numbers, and can contribute significantly to both the biomass and diversity of a sample. They have been found on hydrothermal vents at the southern part of the Mid-Atlantic ridge, and some have been found as loose associates of other invertebrates. 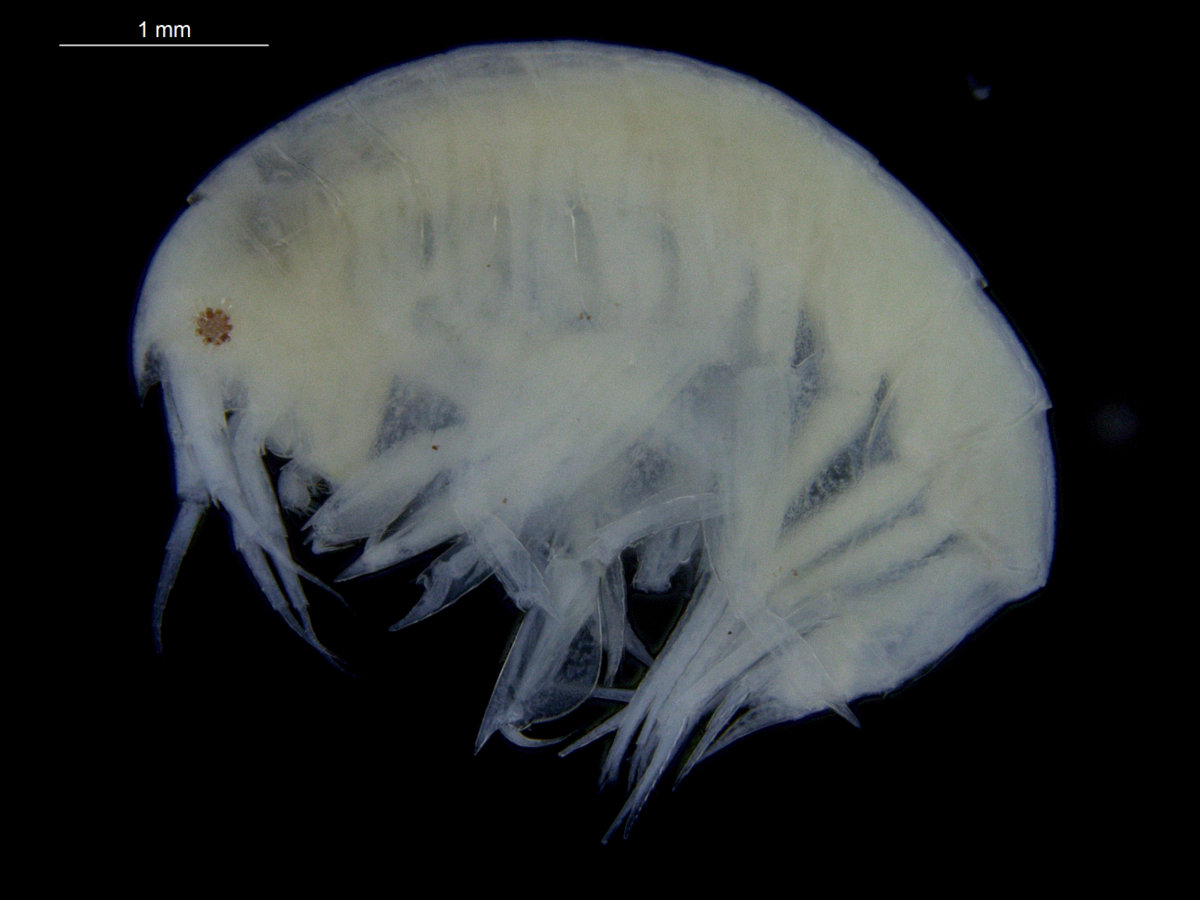 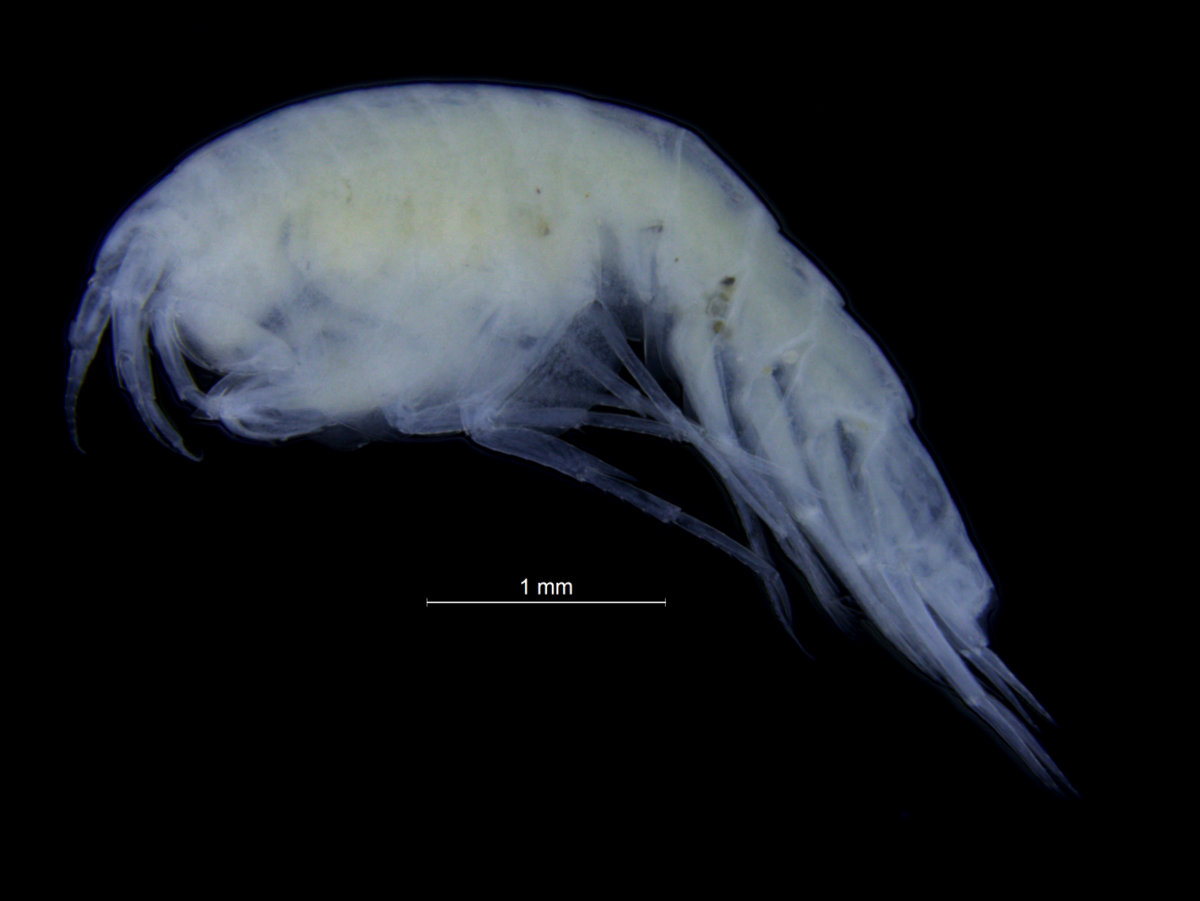 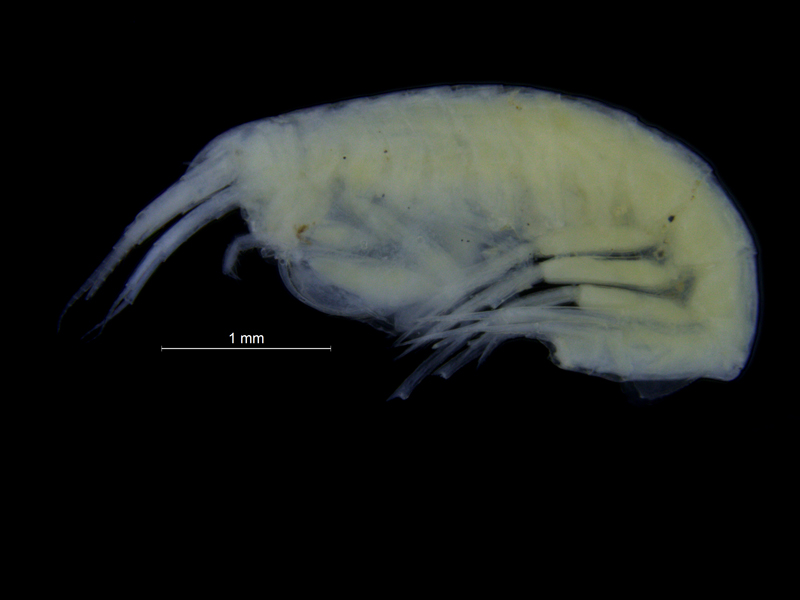 Also – they are quite cute, don’t you think?  Good luck with the identification!