Hyperbenthic copepods (HYPCOP) are a very difficult and diverse group to work with, and identification goes painstakingly slow, because some species can only be distinguished from one another based on small details in some of their tiny legs. As of now, we have no specialists in marine benthic copepods in Norway and our greatest resource is our collaborator Anders Hobæk and the detailed drawings of G.O. Sars from the early 1900s . Working together under guidance of G.O. Sars and Anders Hobæk

Anders is a senior researcher scientist at the Norwegian Institute for Water Research (NIVA) here in Bergen. He is specialized in copepod taxonomy, but his focus was mostly on freshwater copepods, or marine pelagic copepods. Which makes the marine benthic copepods just a little bit more challenging to work with, however, his skills are transferable and so we get together multiple times a year to work on our collection of benthic copepods to dissect them and identify them.

Beginning of June, we had again one of those get togethers in Flødevigen at the Institute of Marine Research (IMR), where Tone Falkenhaug, the project leader of HYPCOP, is situated. For a week we went through the main clades and groups of species that we had DNA barcodes of but not yet a confirmed species name. A lot of the identification was done with help of the rich and detailed illustrations of G.O. Sars1 published work in 1901 – 03 and 1919 – 21, “An account of Crustacea of Norway” Sars dedicated a lifetime of identifying and describing a variety of species and he did not neglect the rich and wonderful group of bottom dwelling copepods. Every species he encountered in those early days he described and drew in detail; he did not leave out the smallest details, that as of now, turn out to be of uttermost importance in determining the species. With small copepods you need a good microscope and fine tools. The first thing to look at is the general shape, is it very dorsally flat, like Peltidium purpureum, or more dimensional like Harpacticus flexus? 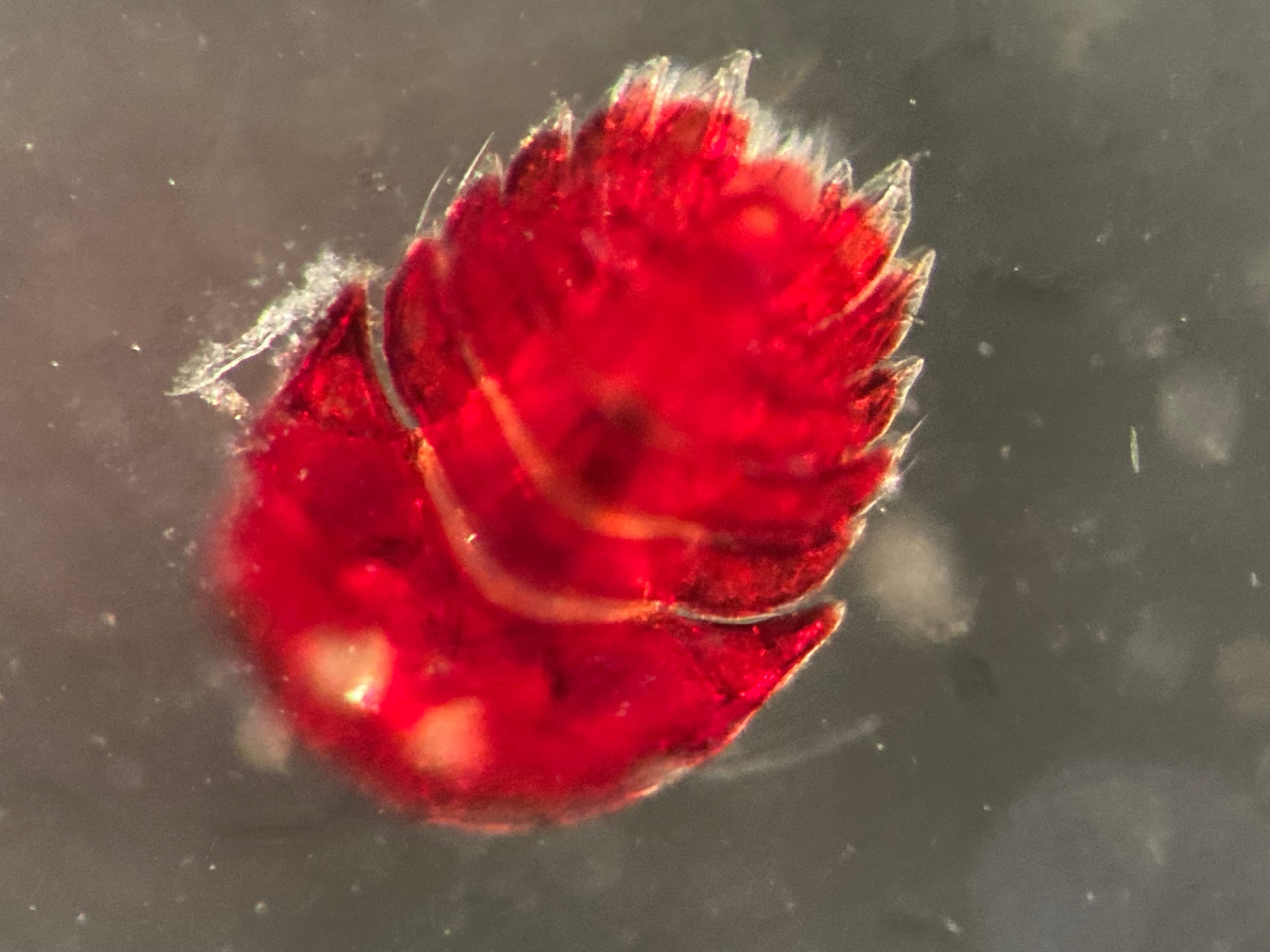 Sex is also an important feature; females are often characterized by carrying eggs; one egg sack or two egg sacks can already lead you in the right group. Males have often larger antennule made for holding on to females when mating, and other specialized tools that can be species specific. The little claws, called maxilliped, are they large, small, almost invisible? What about the first pair of legs? The second, third and fourth? The fifth pair of legs is often very characteristic for the species and in certain females, like Thalestris longimana, can be a huge in comparison of the rest of its body. Thalestris longimana, females of this species has relatively large fifth pair of legs

Our work has a continues workflow consisting of, collecting the copepods, extracting their tissue for DNA barcoding, and keeping the exoskeleton. Once the DNA is successfully sequenced, we can take the exoskeleton and dissect the animal leg by leg to finalize the identification. That way the copepod is identified based on its DNA and morphological features, as this is not always mutually exclusive. DNA can be tricky as you need a good reference library to find the correct species, which is as of now, not complete, or even lacking for many species. Besides, there is such things as DNA contamination, cross contamination between species, therefore you always must look at the morphology to exclude that the DNA gives you the wrong species. Together with images of the animals we are building up a valuable reference library of DNA sequences and a museum collection of dissected animals on fixed slides. This way copepod diversity will continue to be valuable for future generations top study. Working under the eyes of G.O. Sars

We made the most of the sunny and calm weather to visit a very exposed site on Sotra, where we collected in the tide pools and on the barnacle-encrusted intertidal. 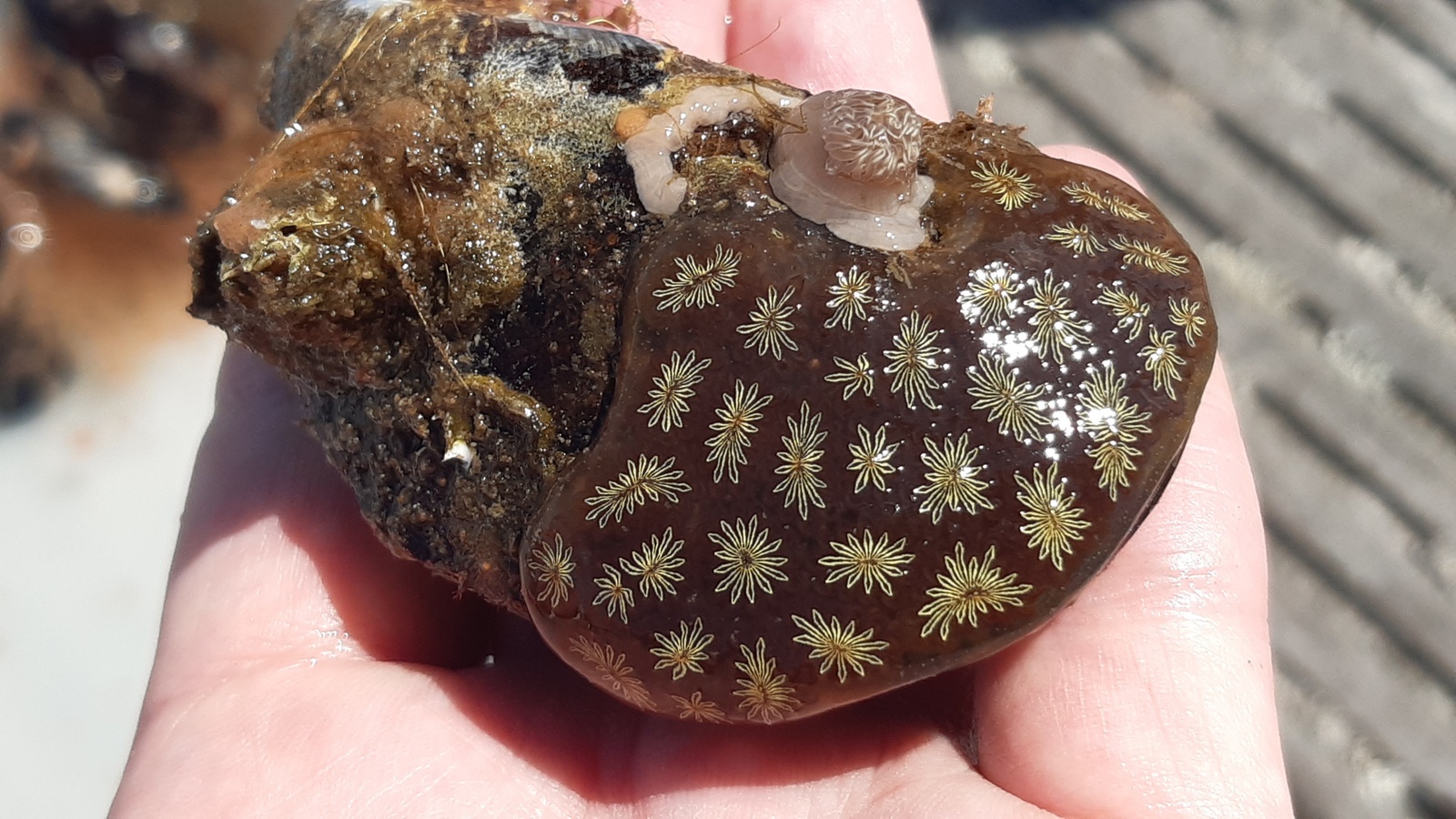 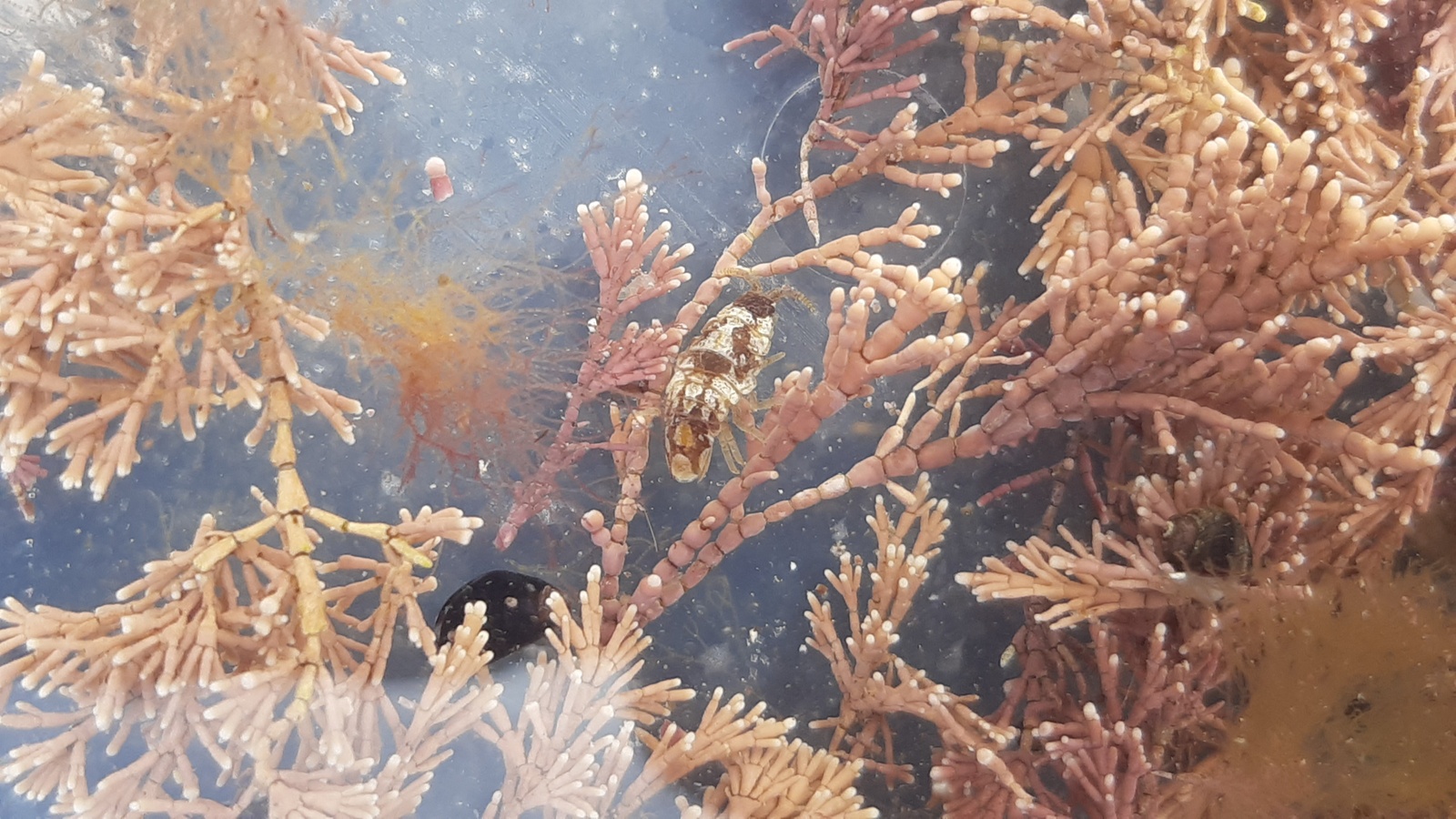 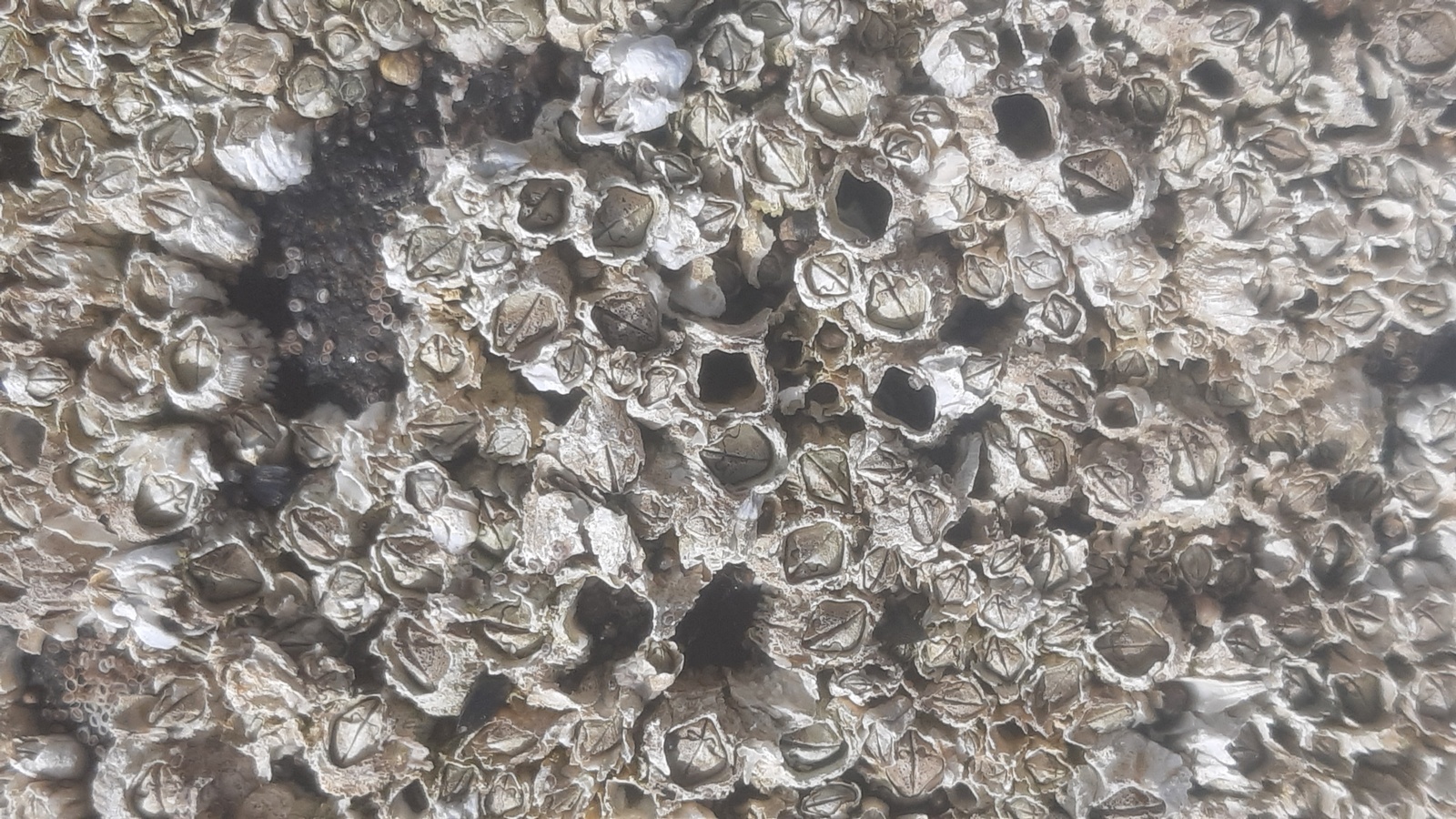 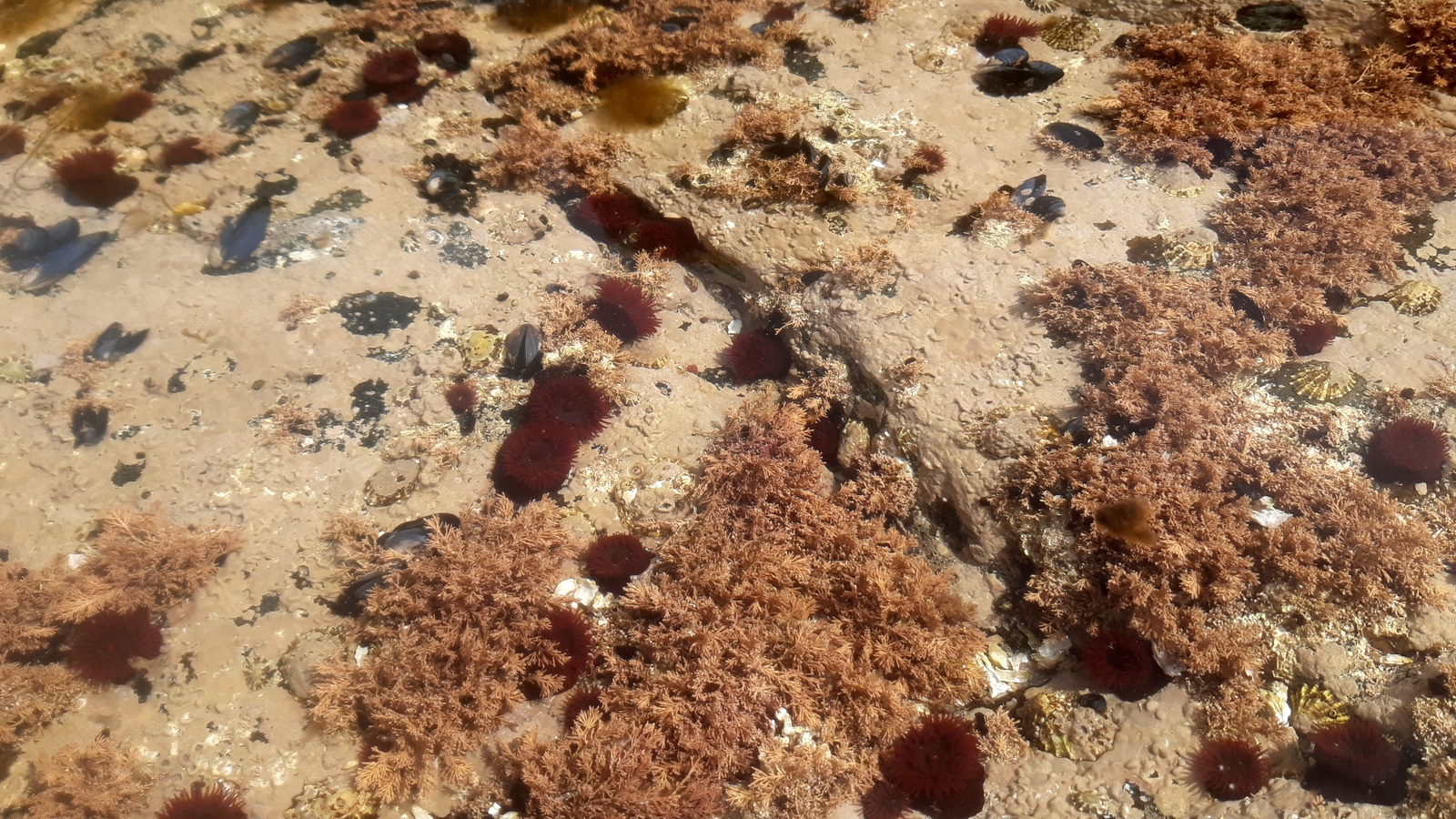 Afterwards, we went to two marinas, Glesvær and Hjellestad, on a quest for some specific species the projects were in need of. 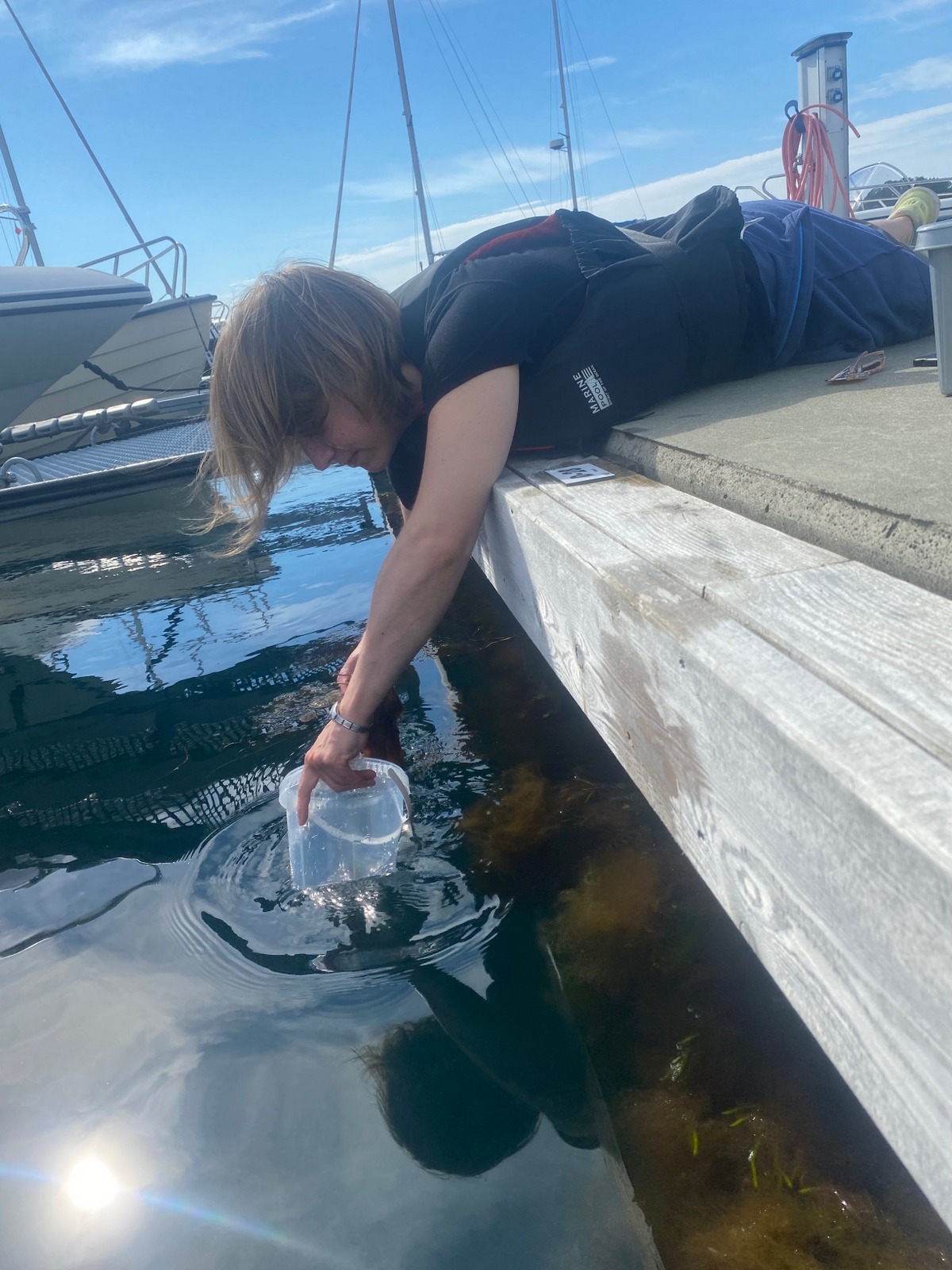 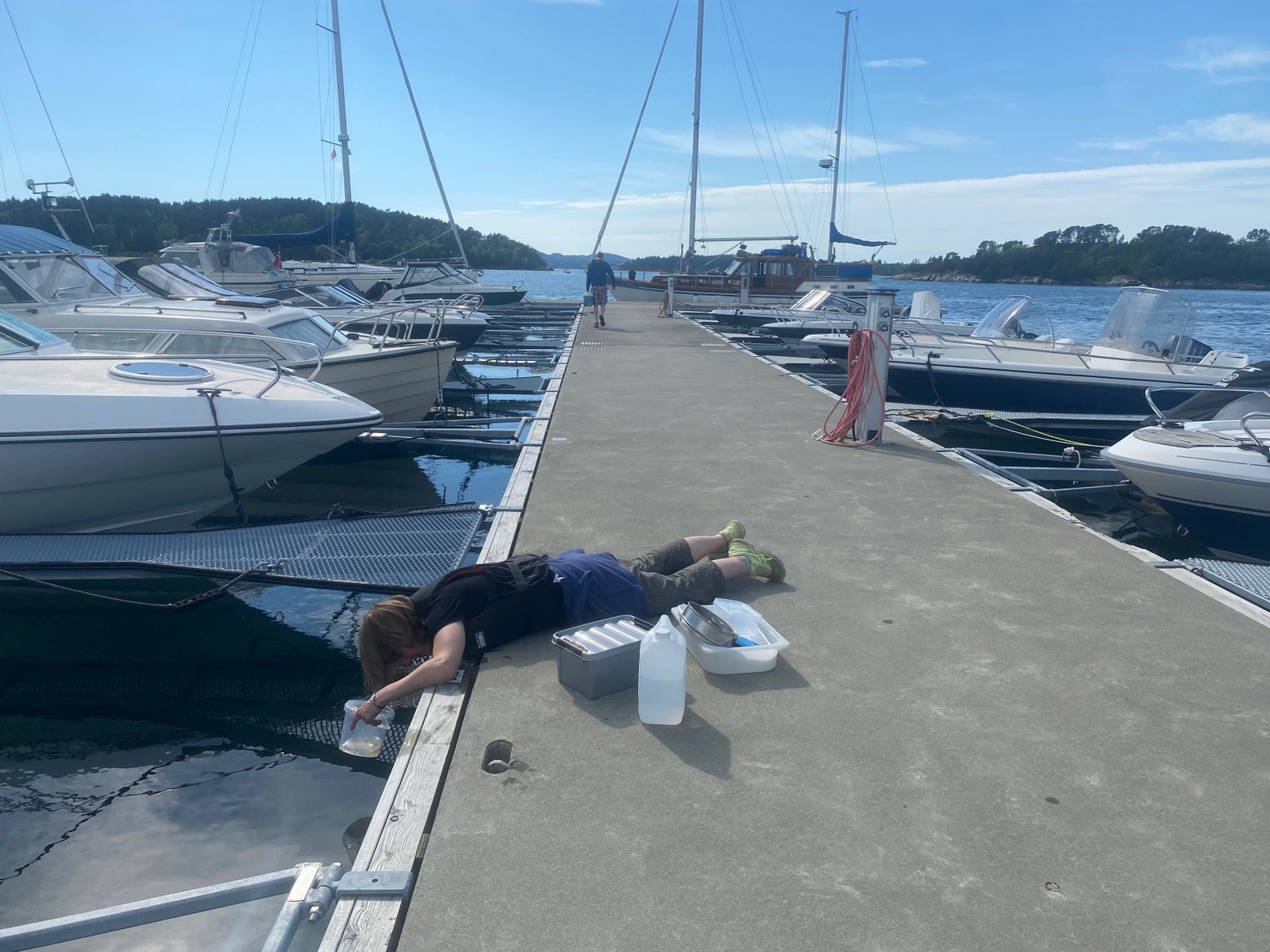 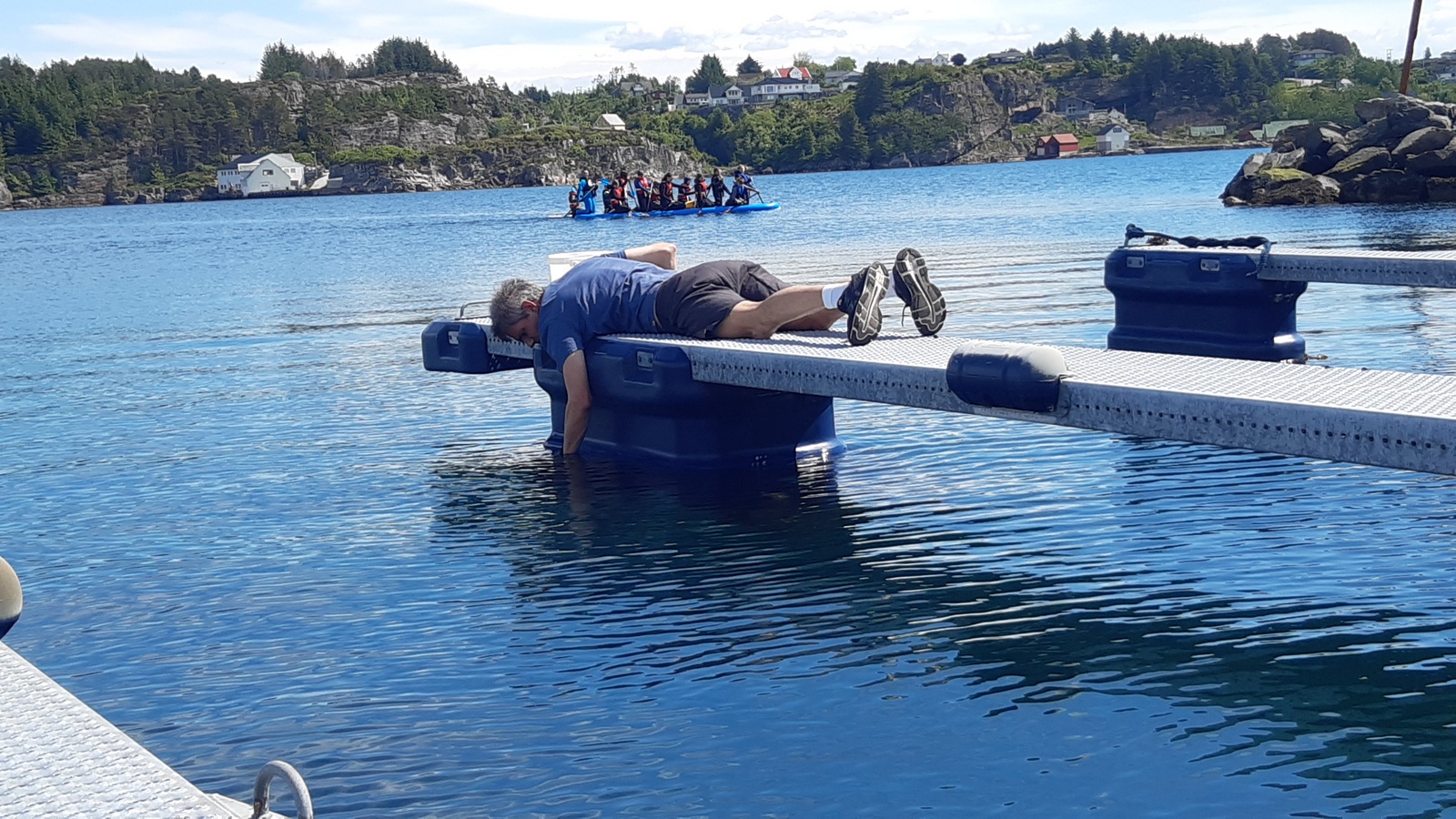 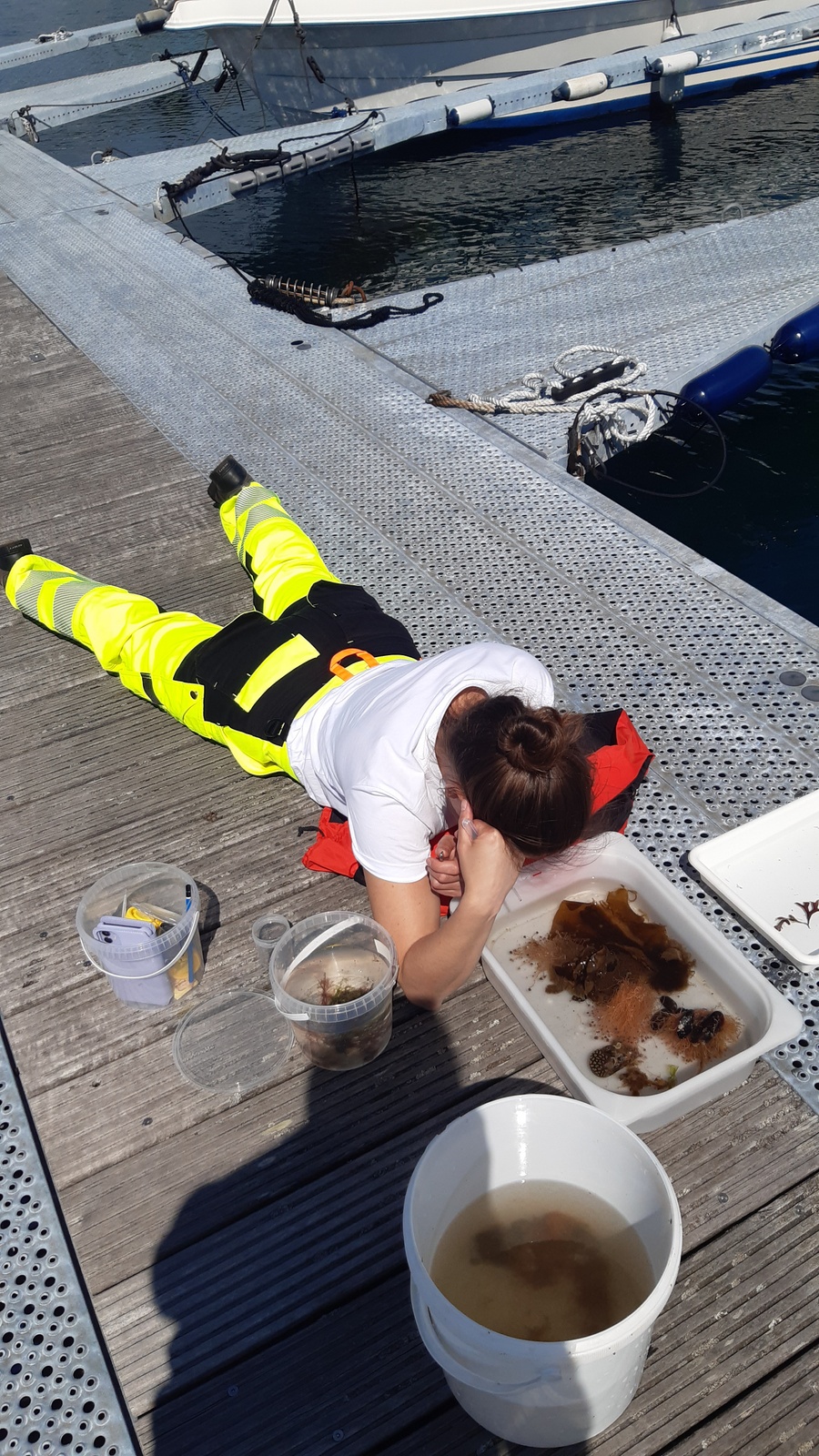 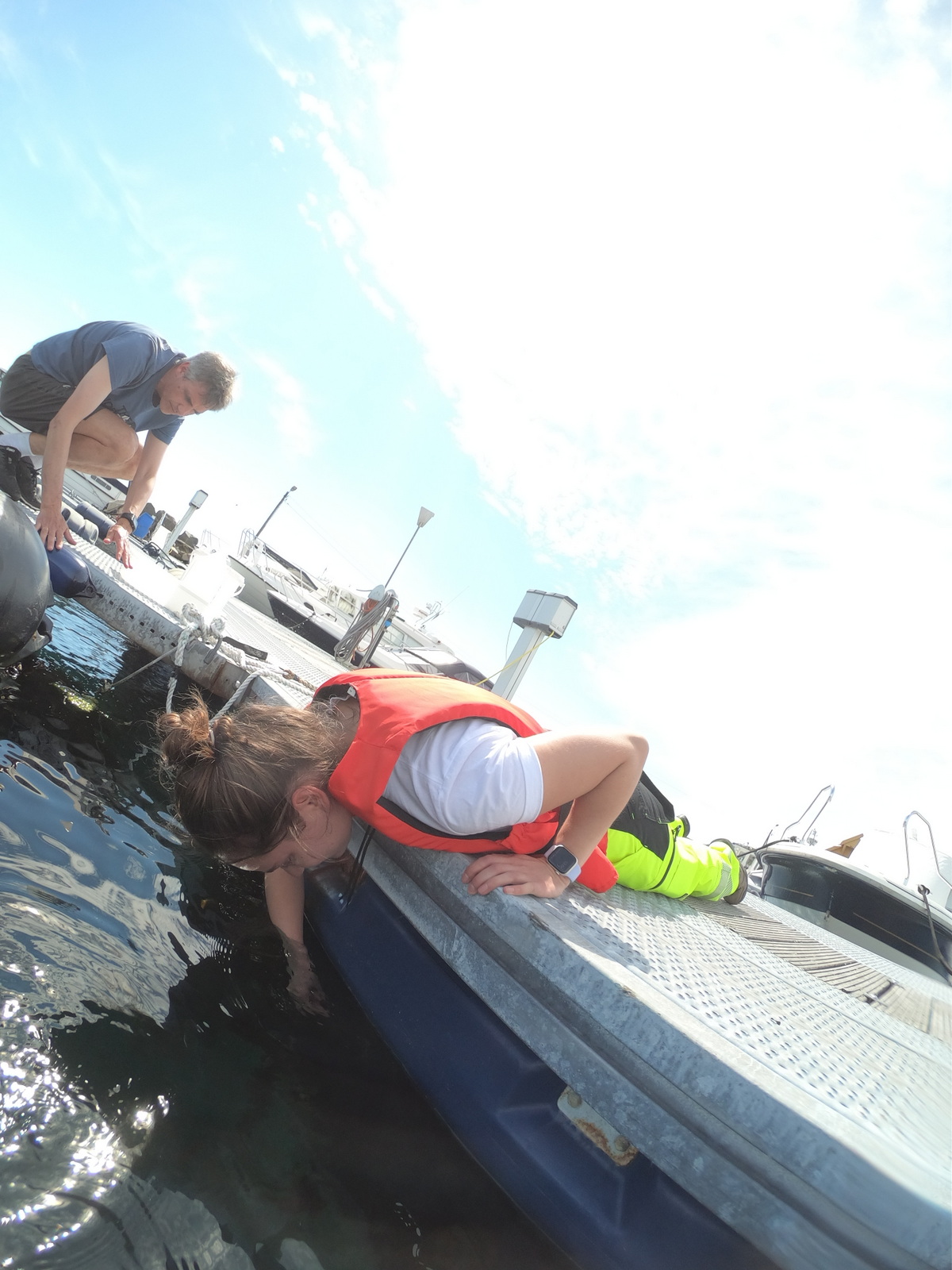 Back in the lab we set to work documenting the colours of the animals by photographing them alive, as the colours tend to face in fixatives. It was nice day in the field, and it looks like we found the species we were after!