Harbours and marinas are interesting places to look for marine creatures. These environments are usually teeming with life, but a closer look often reveals that their communities are strikingly different from the ones living in adjacent natural areas. Piers and pontoons offer new surfaces for many algae and animals to grow, and the maritime traffic of large and small boats allow for an intense movement of organisms, making harbours some of the preferred spots for newcomers (what we called introduced species) to settle. Many surprises can be expected when sampling for invertebrates in these man-made habitats, which is why our artsprosjekt NorHydro teamed up with project PolyPorts (based at the NTNU University Museum) to explore the hidden diversity of worms and hydroids in the Norwegian harbours. I was very happy to collect polyps in sunny Southern Norway.

Last year, PolyPorts sampled extensively in some of the main Norwegian harbours (including Oslo, Bergen, Trondheim, and Stavanger); but for this year’s sampling season our two projects headed first south (to the harbours and marinas of Sørlandet), and then west (to Bergen).

In the south, we sampled several ports and marinas from Kristiansand to Brevik (including Lillesand, Grimstad, Tvedestrand, and Risør, thus covering a large portion of southern Norway). In Vestlandet we concentrated our efforts in the area of the port of Bergen, Puddefjorden and Laksevåg, as well as Dolvika. 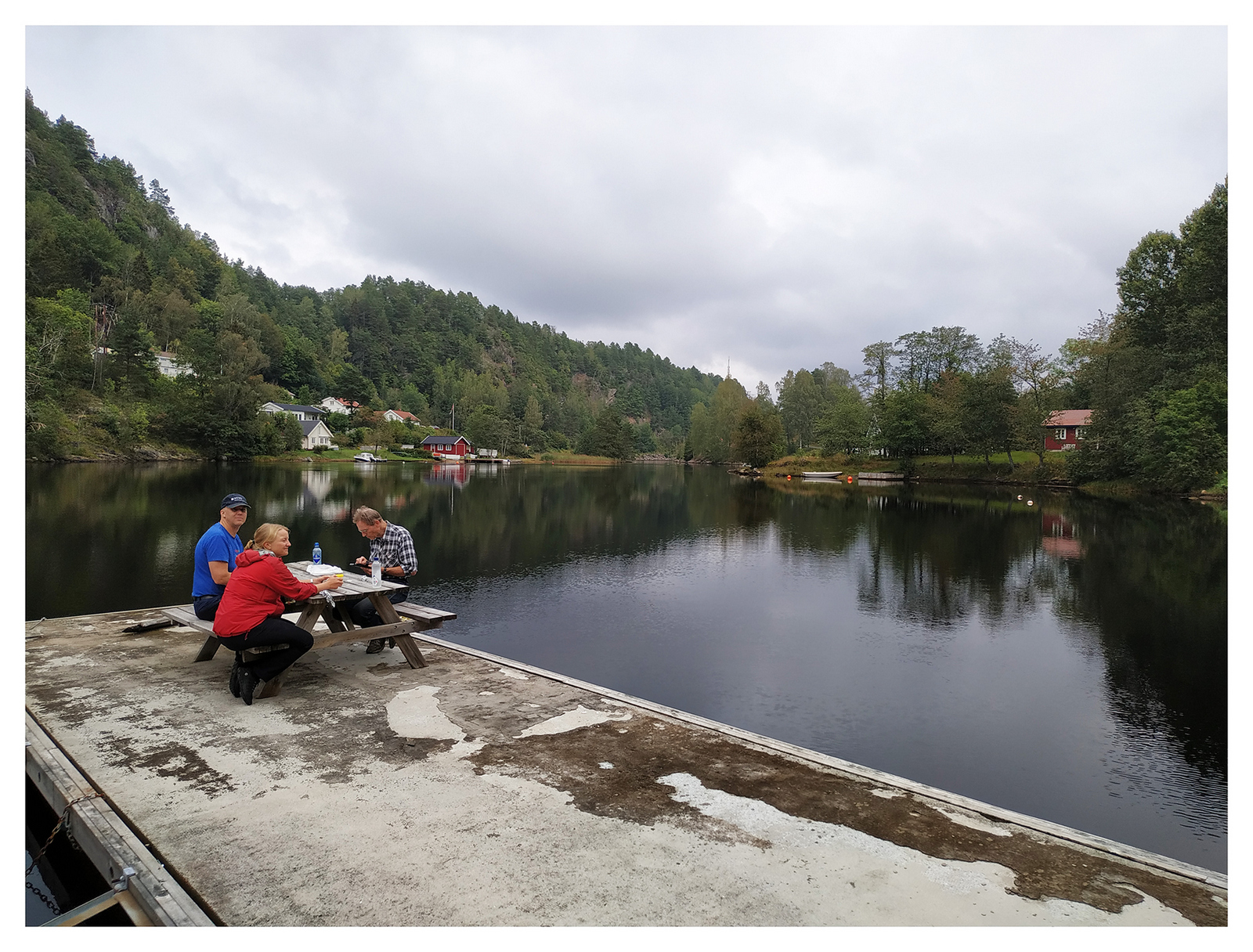 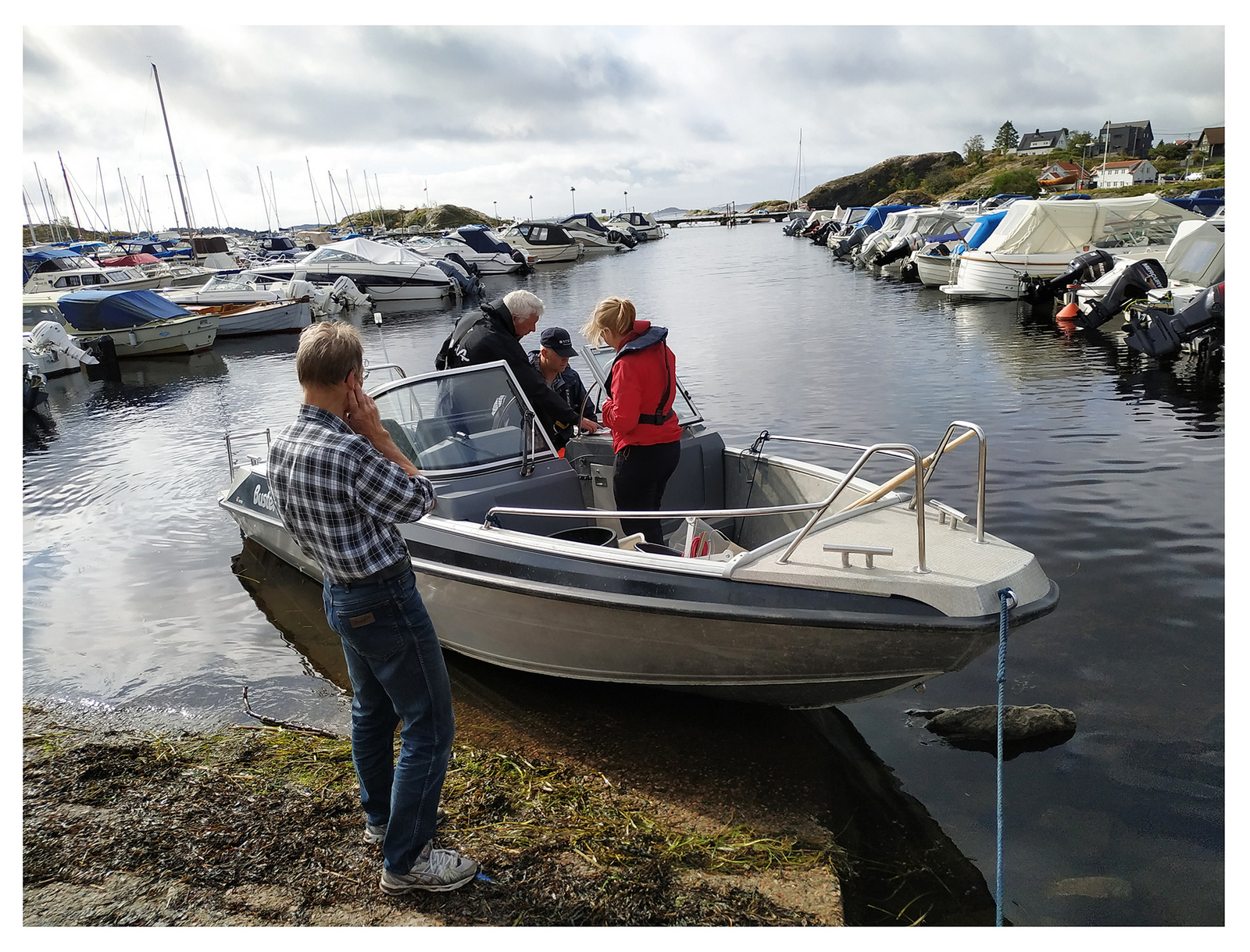 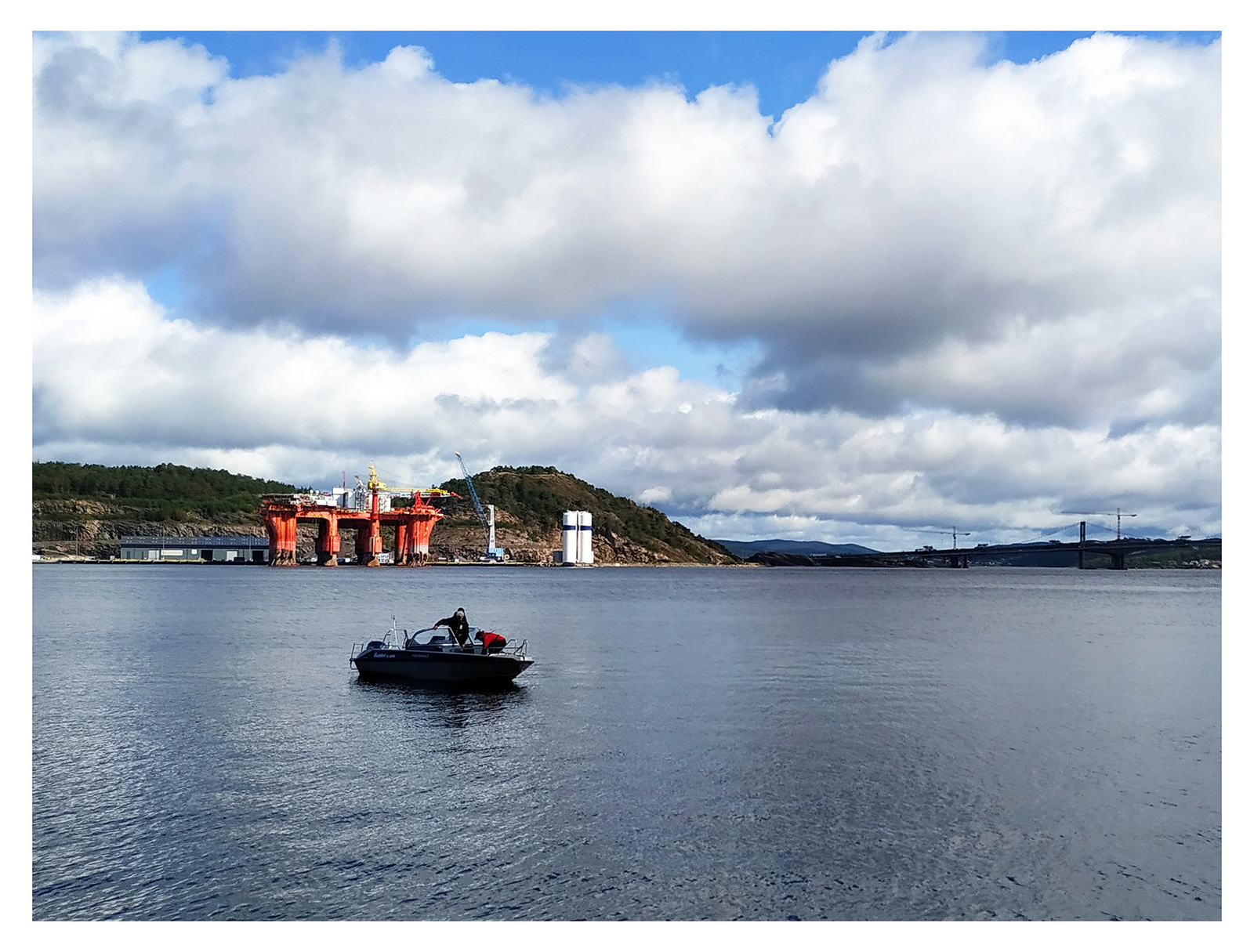 and larger harbours and port areas. 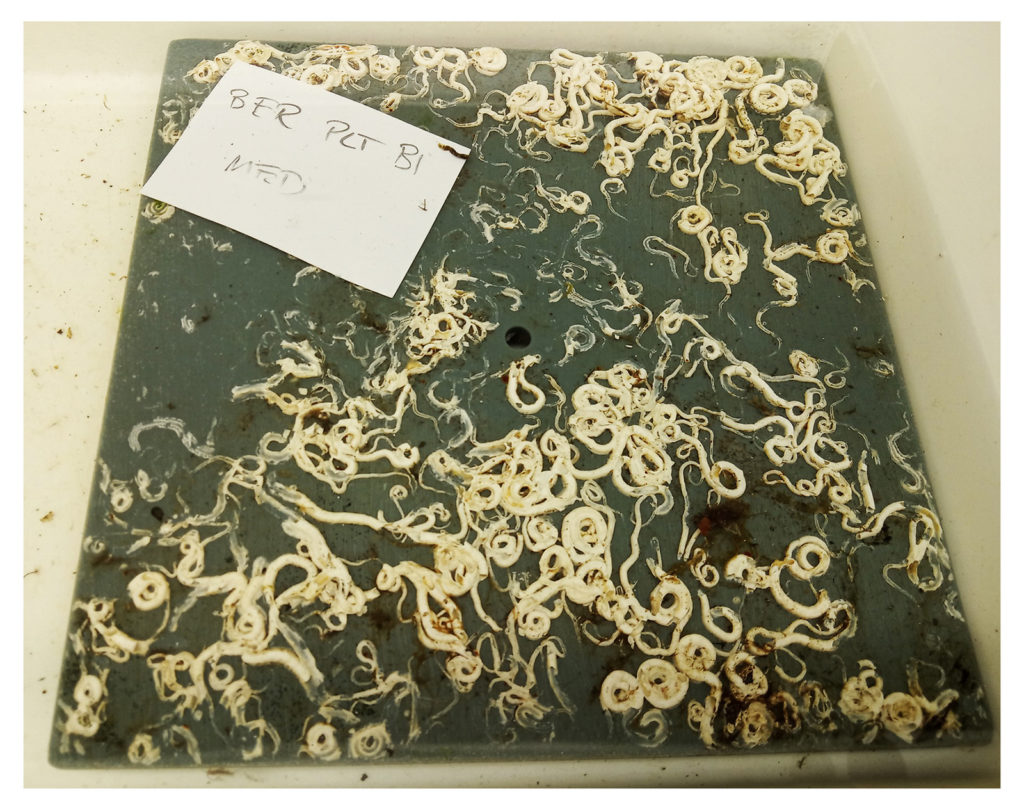 Last year we put a series of panels in 9 sites in the port of Bergen to see what would grow on them. Looks like this one was particularly attractive for polychaetes. Photo: Maria Capa 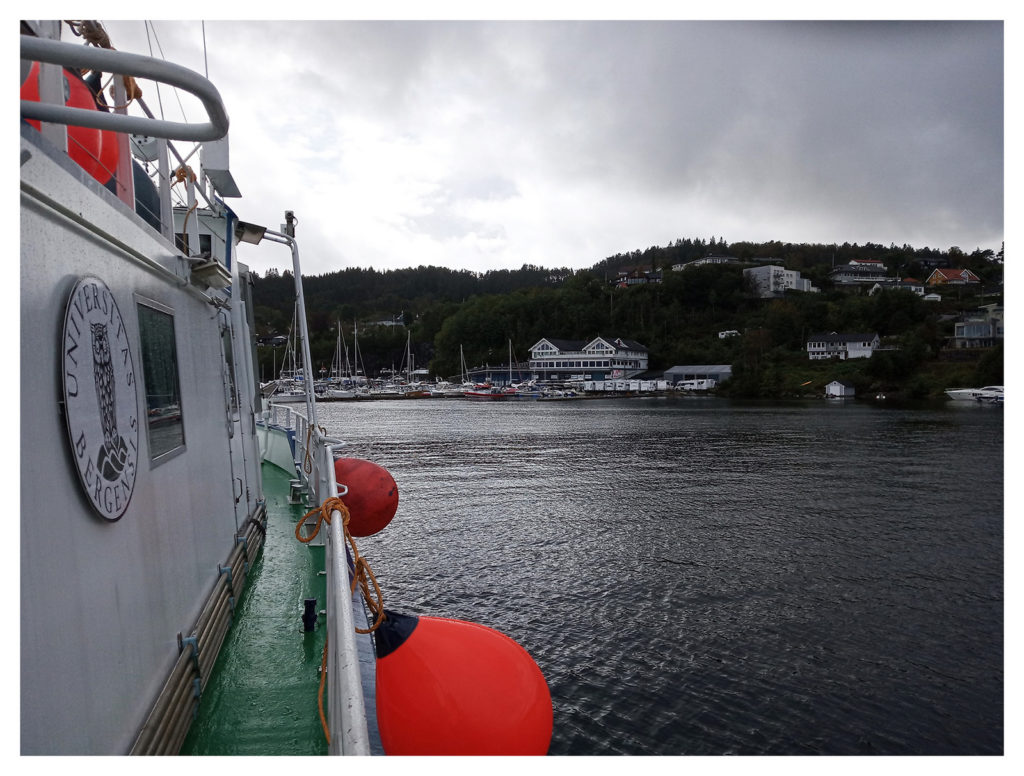 Although it could be surprising that heavily trafficked (and sometimes quite polluted) harbours support a high diversity of invertebrates, this was actually the case for every single port we surveyed. 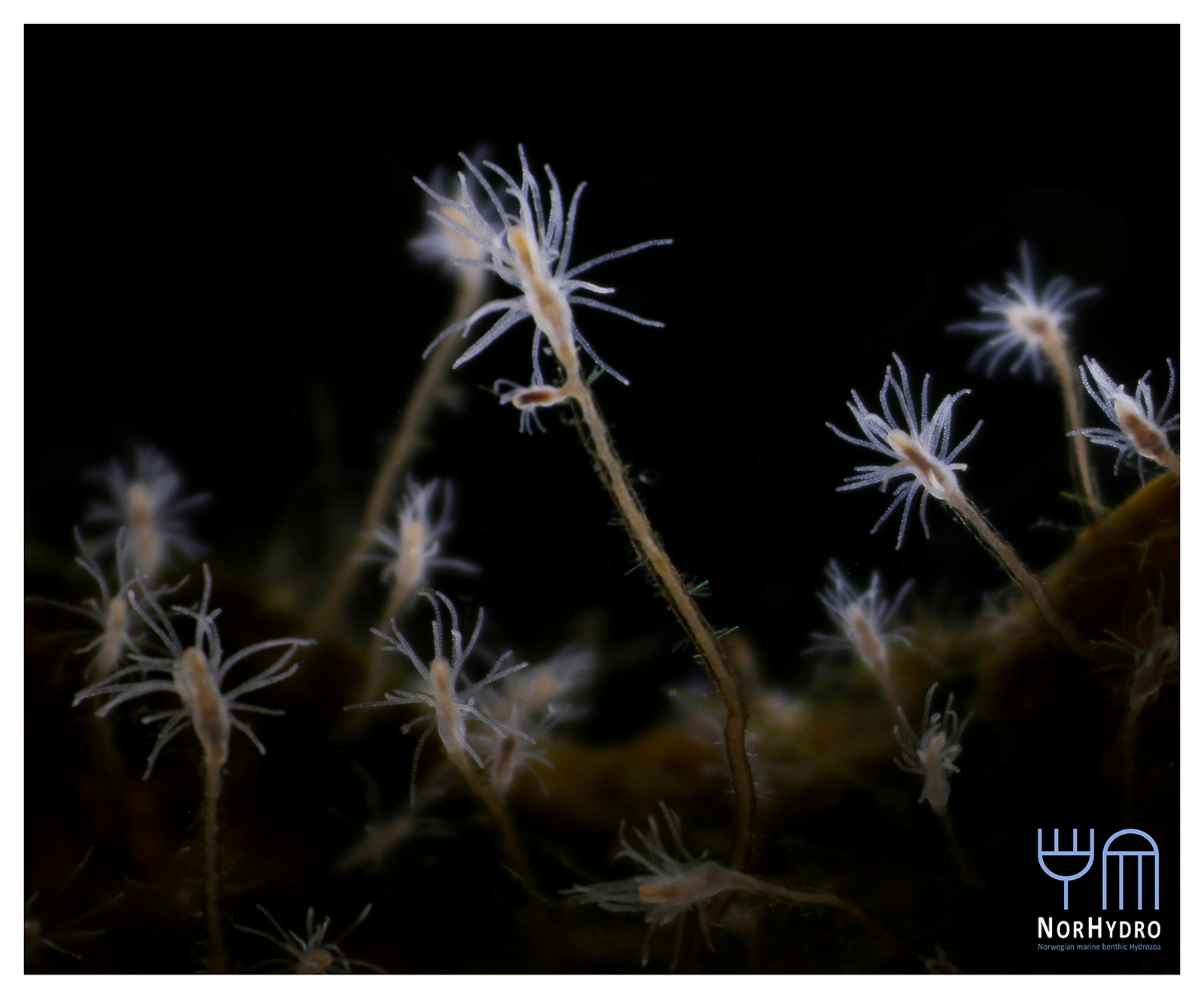 The most surprising result for NorHydro during our trip was finding Cordylophora caspia in almost all the localities we visited. 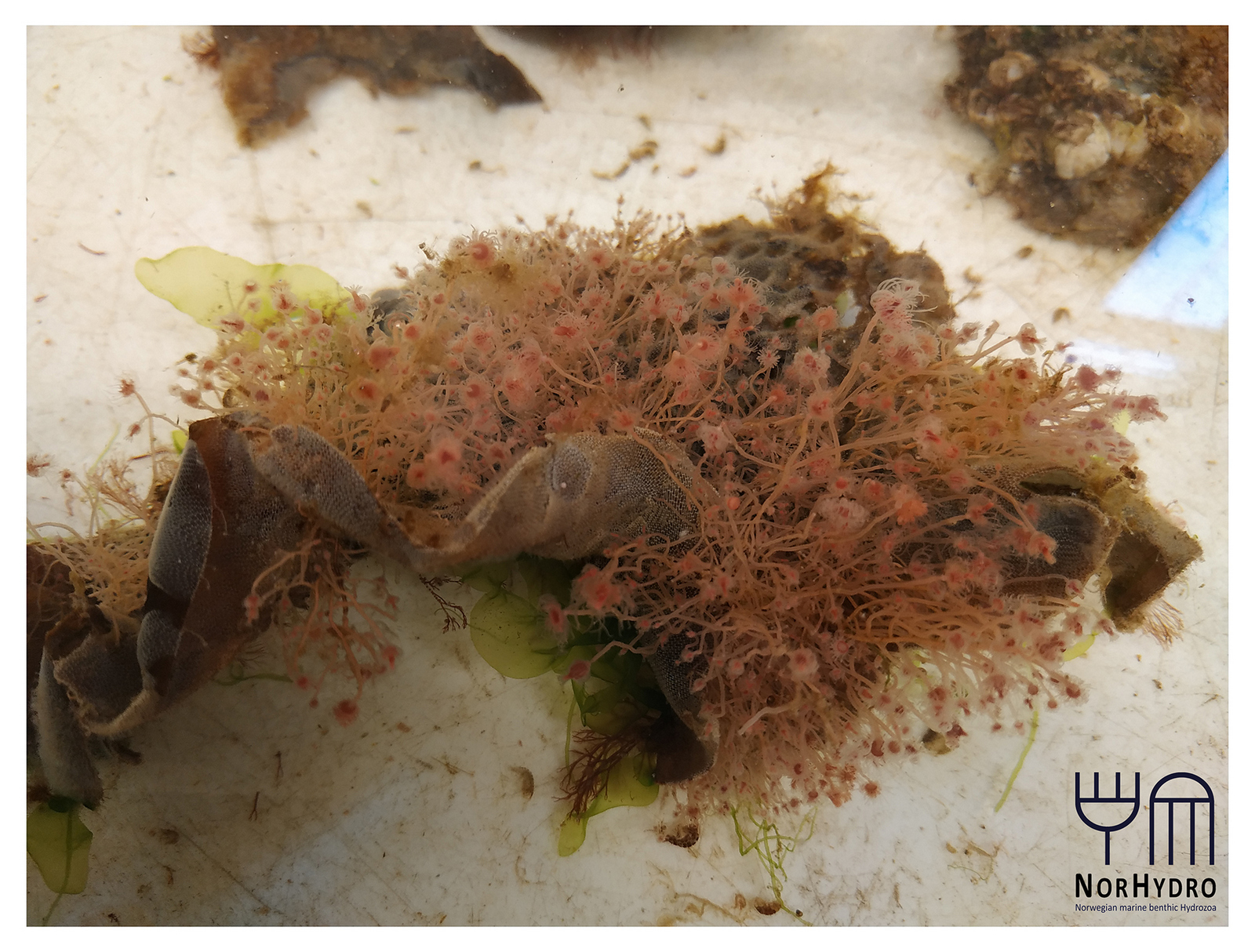 Ectopleura larynx was one of the most common – and conspicuous – hydroids in marinas and harbours. 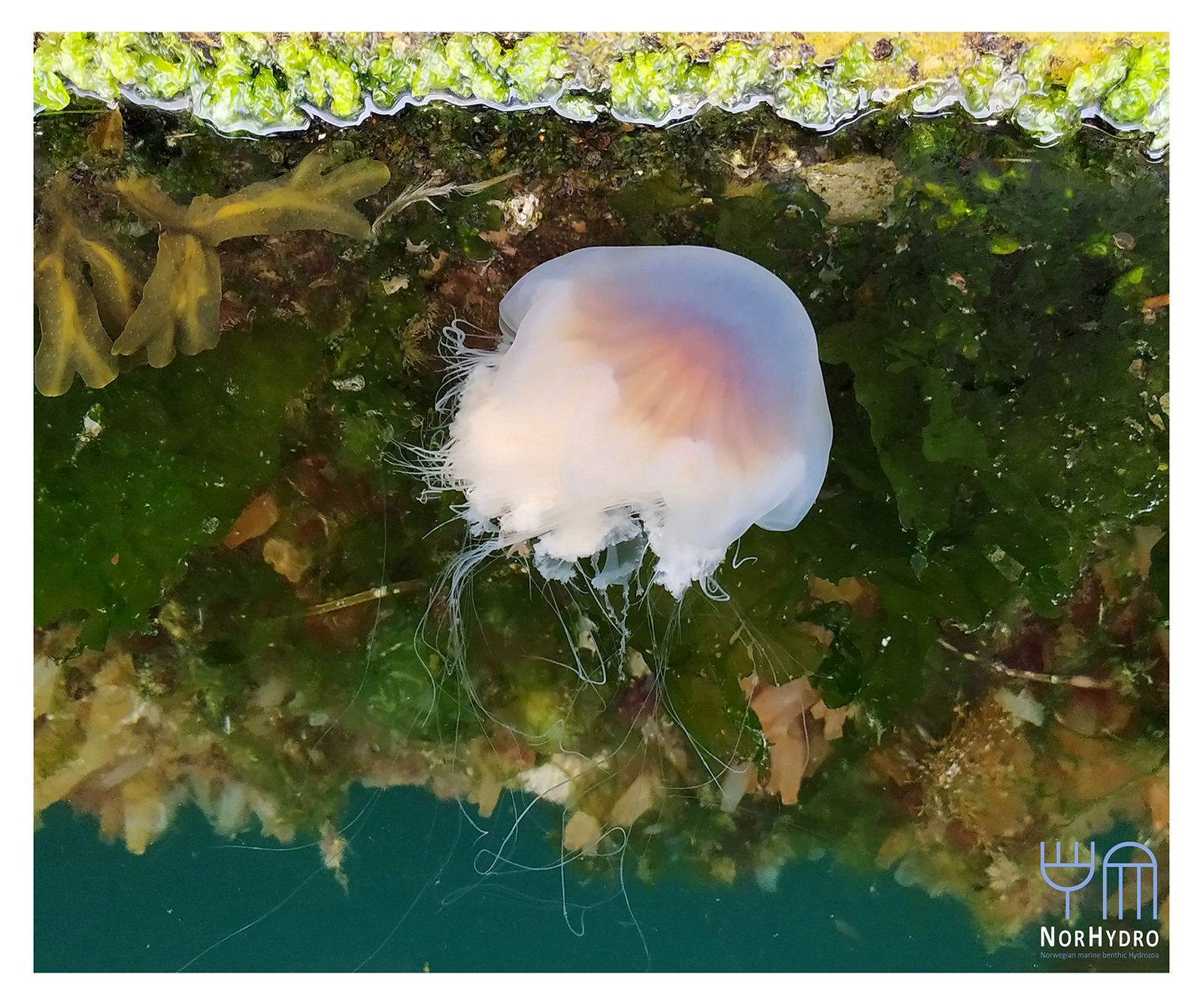 Many jellyfish belonging to genera Aurelia and Cyanea were present during the sampling. 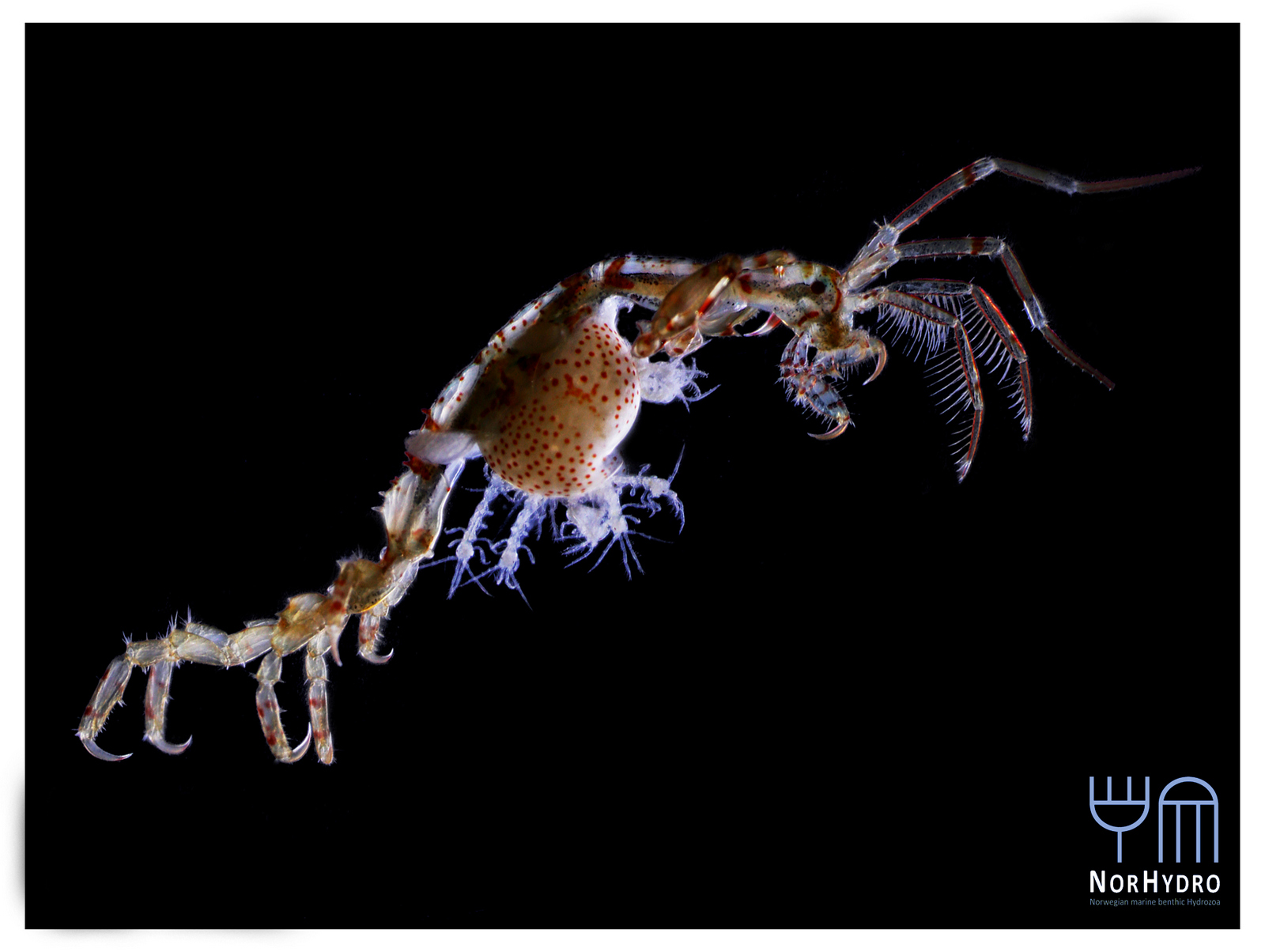 The hydroids were home to many other organisms, including the introduced skeleton shrimp Caprella mutica 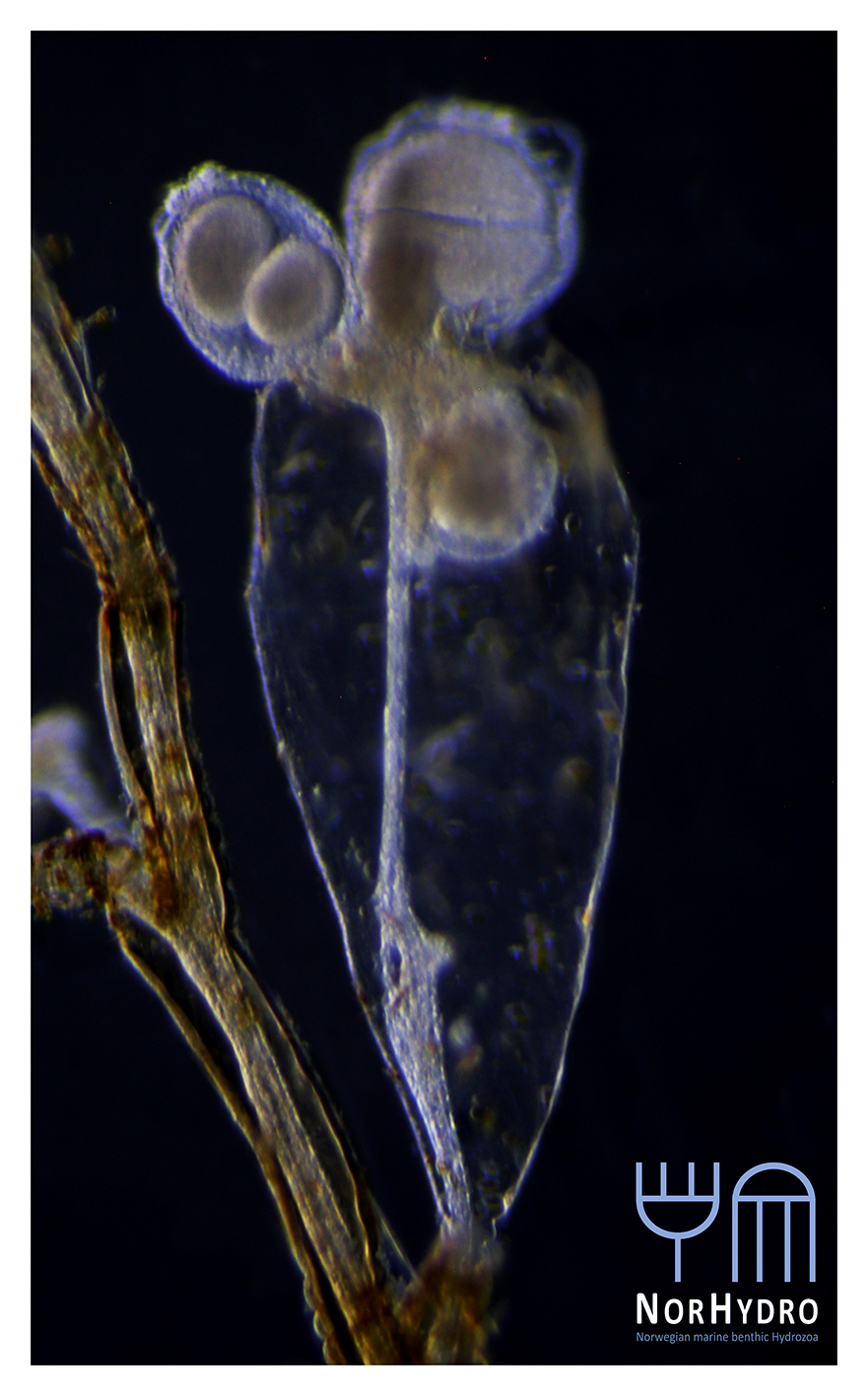 In Sørlandet we found many reproductive colonies, like this Gonothyraea lovenii, but at the same time those species had already stopped reproducing in the colder waters of Bergen. 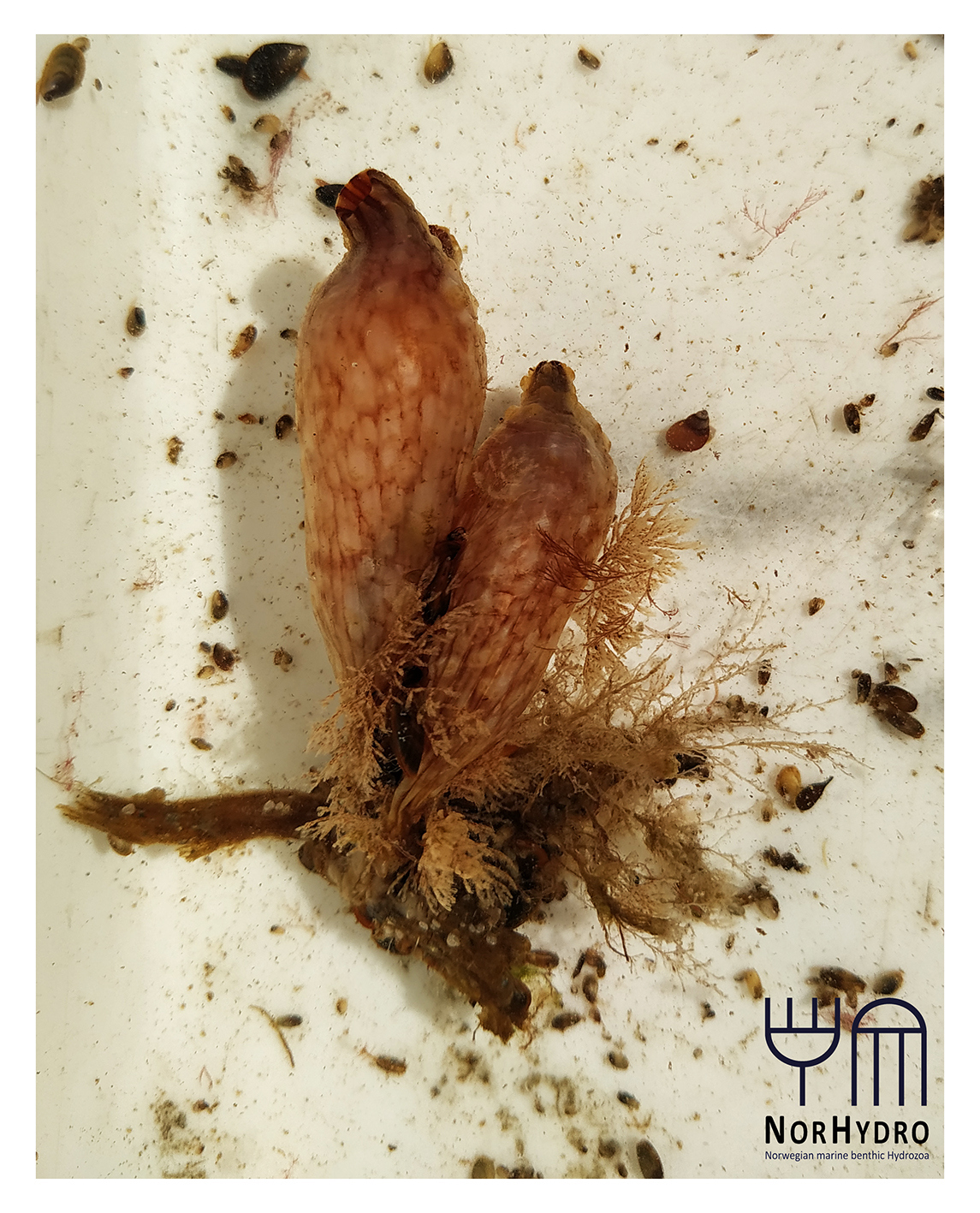 The ascidian Styella clava was another of the introduced species we constantly found.

All our sampling areas had pontoon pilings and mooring chains covered in colourful seaweeds and animals, and reefs of native and introduced mussels and oysters that provided a home for sea squirts, skeleton shrimps, bryozoans and hydroids. For NorHydro, perhaps the most surprising result came from the brackish areas that we analyzed, where large populations of Cordylophora caspia were found. This species is not native to Norway and had not been observed in so many Norwegian localities before, making for an interesting finding to explore even further through the analysis of DNA.

Keep up with the activities of NorHydro here in the blog, on the project’s facebook page and in Twitter with the hashtag #NorHydro.