From May 20th to 27th the sea slugs of Southern Norway team headed South to Mandal to pay a visit to the Mandal dykkerklubb and try to find more enthusiastic citizen scientist to join the sea slug project. We had a few special guests invited for the week and the team consisted of Cessa Rauch, Manuel Malaquias, Anders Schouw, Erling Svensen, Nils Aukan, Tine Kvamme and Heine Jensen. In Mandal the head of the club Erling Tønnessen would be there to help us around and organize club activities for collecting the sea slugs.

The first day basically consisted of traveling to Mandal and setting up our “hyttes” for a week of sea slug hunting. As usual we underestimated the amount of space needed to bring our ‘mobile’ lab to the camping site in Mandal. Even though a station wagon theoretically fit a family of five plus luggage, it was barely enough space for a family of sea slug hunters with their equipment. Picture 1. We accomplished to fit everything in this rental car, picture Cessa Rauch

We ended up with a challenging Tetris game and me being squeezed between microscopes and jars in the back seat, still, no complaints! At least I was spared for driving the long hours from Bergen all the way to Mandal, that every local would be able to fix in less than 7 hours, we managed to take 12. I guess the car was heavy loaded! Manuel did a fantastic job while Anders and me where dozing off. Eventually we managed to arrive safely in Mandal and there we were greeted by our team of citizen scientists that helped us out through the week. They as well had to travel from all corners of the country; Kristiansund, Egersund, Oslo and Sarpsborg. It was quite special to arrive all together in Mandal with only one thing in our minds; finding sea slugs!

The next days in collaboration with the local Mandal dykkerklub and their fantastic club boat equipped with a lift to get people in and out of the water, we operated most of the sampling activities. After a day out collecting we would all go back to our cabins and start photographing and registering the samples. 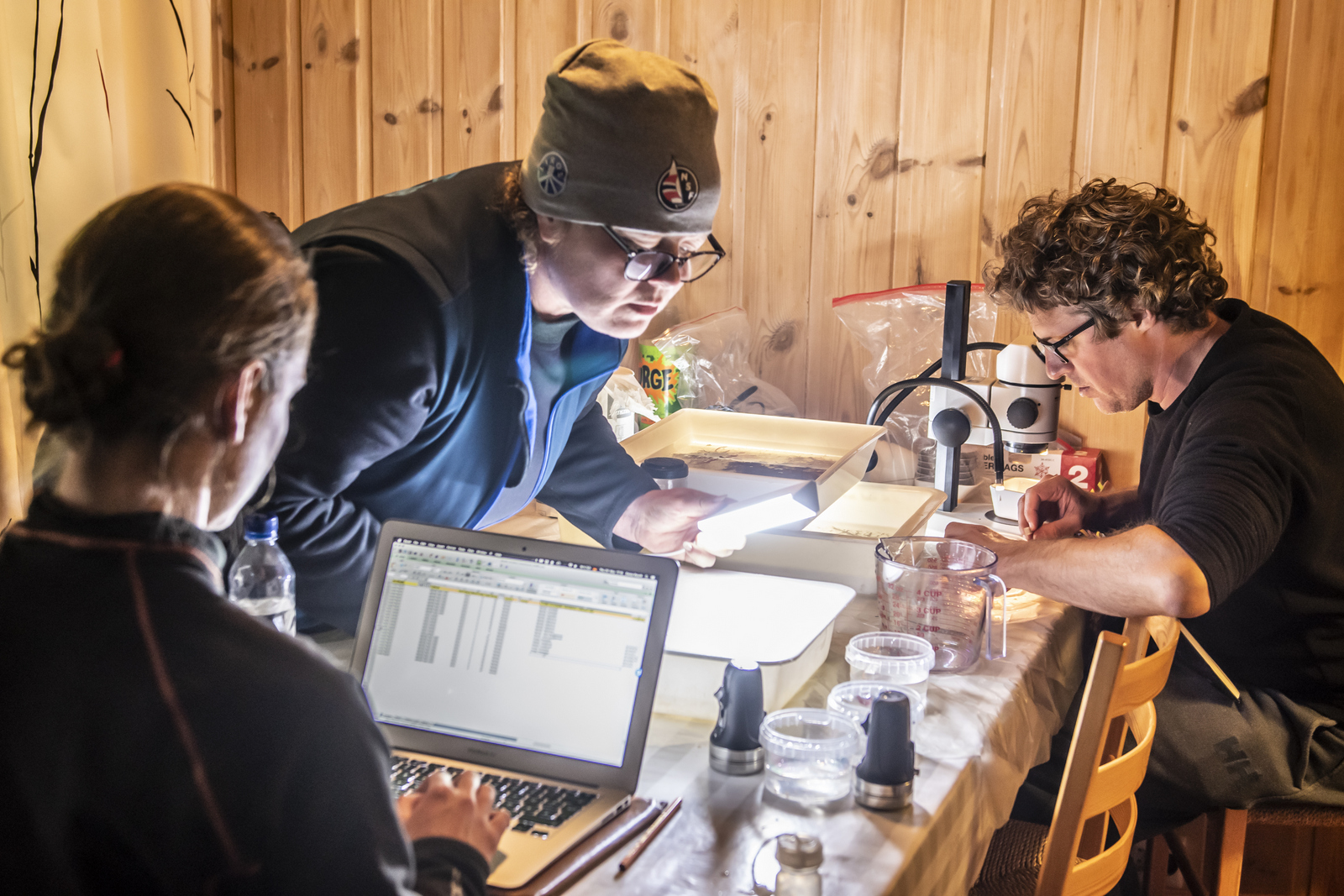 After a long day in the field, sorting and documenting the sea slugs would be done in the hytte, with Tine (middle), picture Erling Svensen 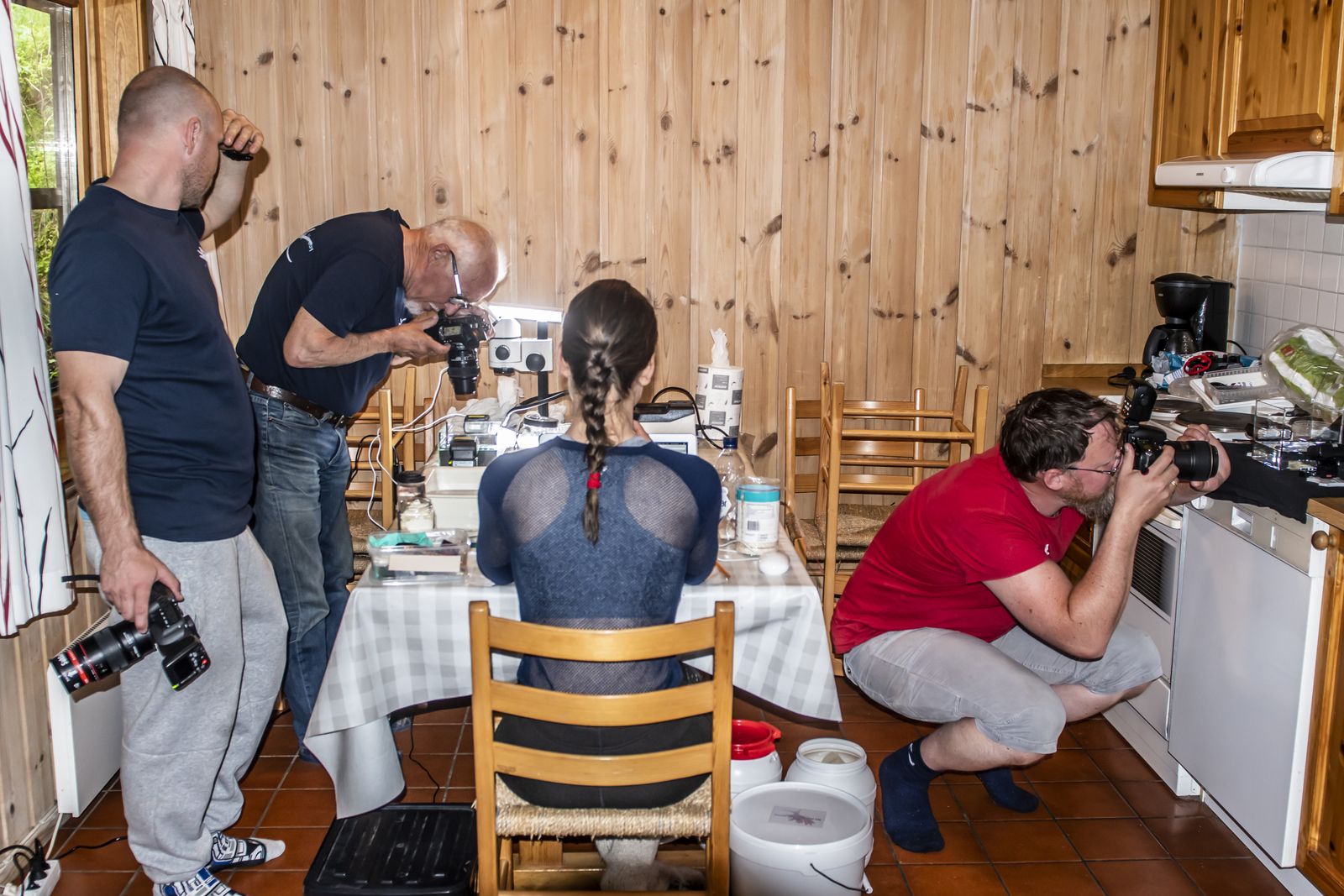 Even though late spring is supposedly not the best season for collecting sea slugs, due to low abundance of the different species, together we were still able to collect 47 different species! Picture 4. Overview of the species collected during fieldwork in Mandal

On our last day of the expedition, the Mandal dykkerklubb organized an evening social gathering for their members in which we had the chance to give a presentation about sea slugs and the project, and to give away a few sea slug sampling kits to all those interested. Picture 6. Interested dive members of the Mandal dykkerklubb showing up to learn more about sea slugs and having a good time, picture Erling Svensen

With every fieldwork trip we get more experienced in the organization and execution of the event and this is definitely paying off in the diversity of species we manage to collect. We were not able to register so many species before as with this fieldwork trip to Mandal. This was by far the most successful expedition and together with the joined efforts off all the excellent citizen scientist we formed a real professional sea slug team! At the moment we are waiting for the first DNA barcode results in order to confirm the species diversity we found that week. An update will follow; but Manuel and I would like to take this opportunity to gratefully acknowledge all the efforts and interest of our team members of that week and the good times we had together! Hope to meet you all again soon during yet another sea slug hunt! Tusen takk!