What on earth is this going to become? I (Katrine) recently attended a course on how we can use illustrations to (better) communicate our science.

The course was offered as a joint effort of four Norwegian research schools: CHESS, DEEP, ForBio and IBA, and I got my spot through ForBio (Research School in Biosystematics).

The course was taught by Pina Kingman, and covered a lot of different topics in four days, from messy drawing with charcoal to using graphic software for digital illustrations:

Now, we were sternly told on day 1 that we were not allowed to say that we could not draw…but let’s say that some people have more of an affinity for it than I do – see above for proof! None the less, a concept was to be developed, discussed and improved during group work, and ultimately transformed into a digital illustration by the end of day 4.

Most of my fellow students were creating something related to their ongoing research, such as an illustration to be used in a paper of their PhD. On the last day we presented our work for the class, and got the final feedback from the group. Spending a whole day looking at cool graphics and learning about people’s work on such varied topics as water flow in magma, colour patterns on Arctic rays, better diagnosis of tuberculosis, and ecosystem modelling was really enjoyable, and the feedback I got was very helpful.

I opted for an outreach-approach, creating a lot of small illustrations that will be individually useful in future presentations and such, and which could be combined into a small comic about our scientific collections. The comic has been shared on Twitter and Instagram (do follow @hardbunnsfauna!), and now here:

The end product of the course; a short introduction to our scientific collections, how we work, and how we integrate data such as DNA-barcodes and morphological traits of the animals to do our research!

Thank you to Pina, Mandy (& the other arrangers), and the class for a wonderful learning environment and a fun couple of days!

The 6th International Jellyfish Blooms Symposium was the last big academic event in 2019 attended by team NorHydro, and we were very happy to have presented our project in such a relevant meeting! In many ways, the Jellyfish Bloom Symposium (JBS) is the most important meeting of scientists working with medusozoans in the world. Professionals from different countries, backgrounds and lines of research meet every 3 years in this symposium to present their results, discuss new findings, and chat with colleagues about the state of knowledge in the group. So of course our Artsdatabanken project NorHydro had to be present, especially after a session focused on polyps was announced for this particular edition. The importance of polyp stages – the object of study of NorHydro – is now widely recognized in jellyfish biology, and understanding the ecology and diversity of polyps has become a key point in the study of jellyfish blooms.

This time, it was the turn of the University of the Western Cape, Iziko South African Museum and the Two Oceans Aquarium to host the JBS, which was held in Africa for the first time.

Iziko Museum was the venue for the oral presentations and poster sessions. The way to the auditorium was marked by jellyfish but we still had to pass under the vigilant eyes of a giraffe.

The city of Cape Town provided a beautiful setting for discussions on gelatinous matters and sharing of jellyfish-related stories, and we even got to see some of the local hydrozoans from the surroundings, both in the aquarium and in the sea.

and an even more spectacular one from the top of Lion’s Head. Pictures: Joan J. Soto Àngel. Not everyone was happy with the high concentration of jellyfish researchers in Table Mountain. Photo: Joan J. Soto Àngel We were lucky to see some hydrozoans by the sea. Several specimens of the siphonophore Physalia physalis (top left) and the anthoathecate Velella velella (top right) were stranded in Diaz Beach, near the Cape of Good Hope (bottom).

The oral presentations and poster sessions covered many subjects on jellyfish biology, not only the dynamics of polyps but also the relationship between jellyfish and humans, the role of jellyfish in the ecosystem, and the diversity of medusa, ctenophores and salps. 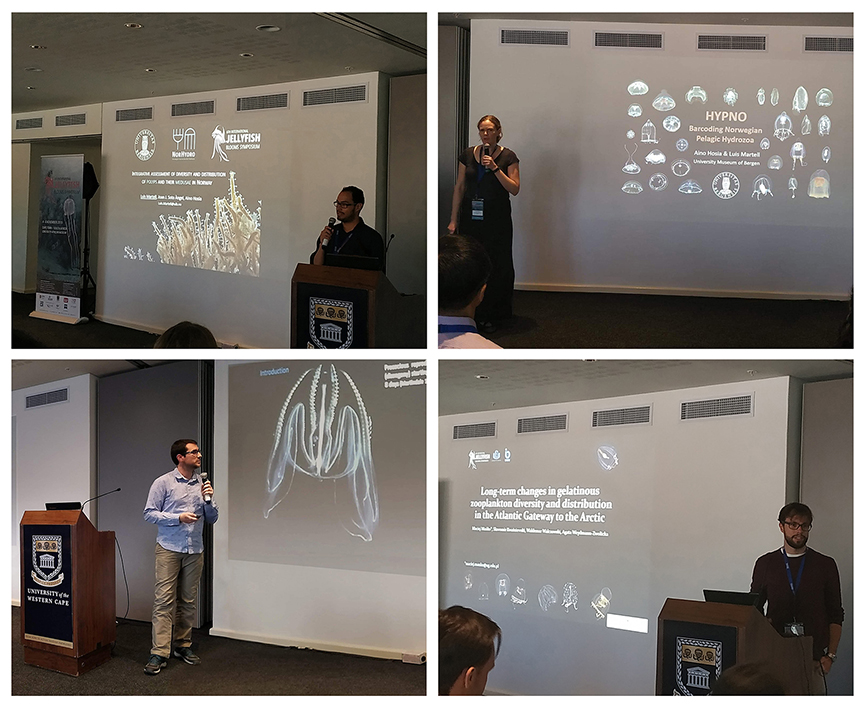 Snapshots of the presentations given by NorHydro partners and friends.

The symposium started with an artistic performance called “The Institute of Jellyfish”, followed with attention by the sharks of the aquarium. 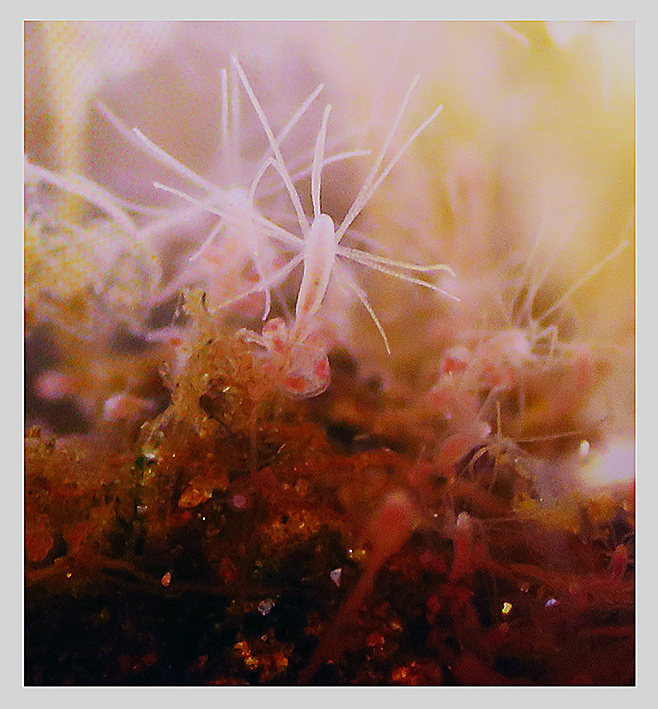 . One of the exhibits of the aquarium featured some bougainvilliid polyps (and medusa buds) that were being shown to the public with the aid of a camera coupled to a stereomicroscope. That’s exactly how we do it in NorHydro as well! 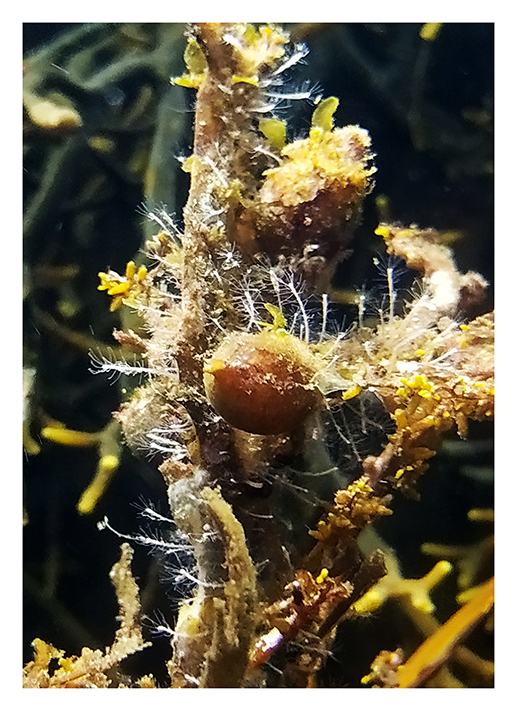 We were happy to find a hidden hydroid colony (Family Oceaniidae) in one of the tanks of the aquarium.

Overall, the participation of NorHydro in the JBS was very succesful. We received positive feedback about the results presented, and people were very interested in our upcoming activities, particularly the course on hydrozoan biology and diversity (read more and apply here). All the participants of the 6th Jellyfish Blooms Symposium

NorHydro was so warmly welcomed that we are already looking forward to sharing more about the hydrozoans of Norway in the next JBS in 2022!