For a week in June, a significant portion of the world’s barcoding community descended on the fair city of Trondheim. 460 participants from 61 countries met up to share their work, exchange ideas, and meet old and new fellow barcoders.

The University Museum of Bergen was well represented, with 10 scientific contributions being presented.

All the abstracts can be found in this special edition of the journal Genome.

Contributions people from UMB was involved with include:
DNA barcoding reveals cryptic diversity and genetic connectivity in the deep-sea annelids across the Greenland–Scotland Ridge (N. Budaeva et al.)

It was a highly enjoyable conference to participate in, both as part of the support structure (“Team Orange”), and as presenter and/or audience. A subset of “Team Orange”, who contributed to the smooth running of the event (photo: T. Ekrem) The NorBOL barcode managers together with Paul Hebert, a Canada Research Chair and Director of the Centre for Biodiversity Genomics at the University of Guelph – and one of the masterminds behind IBOL.

The conference venue did a excellent job keeping us energized and happy with a steady supply of wonderful food and caffeinated beverages – and we were treated to a lovely organ concert in the Nidaros cathedral and a delicious dinner reception at  the Archbishop’s Palace. 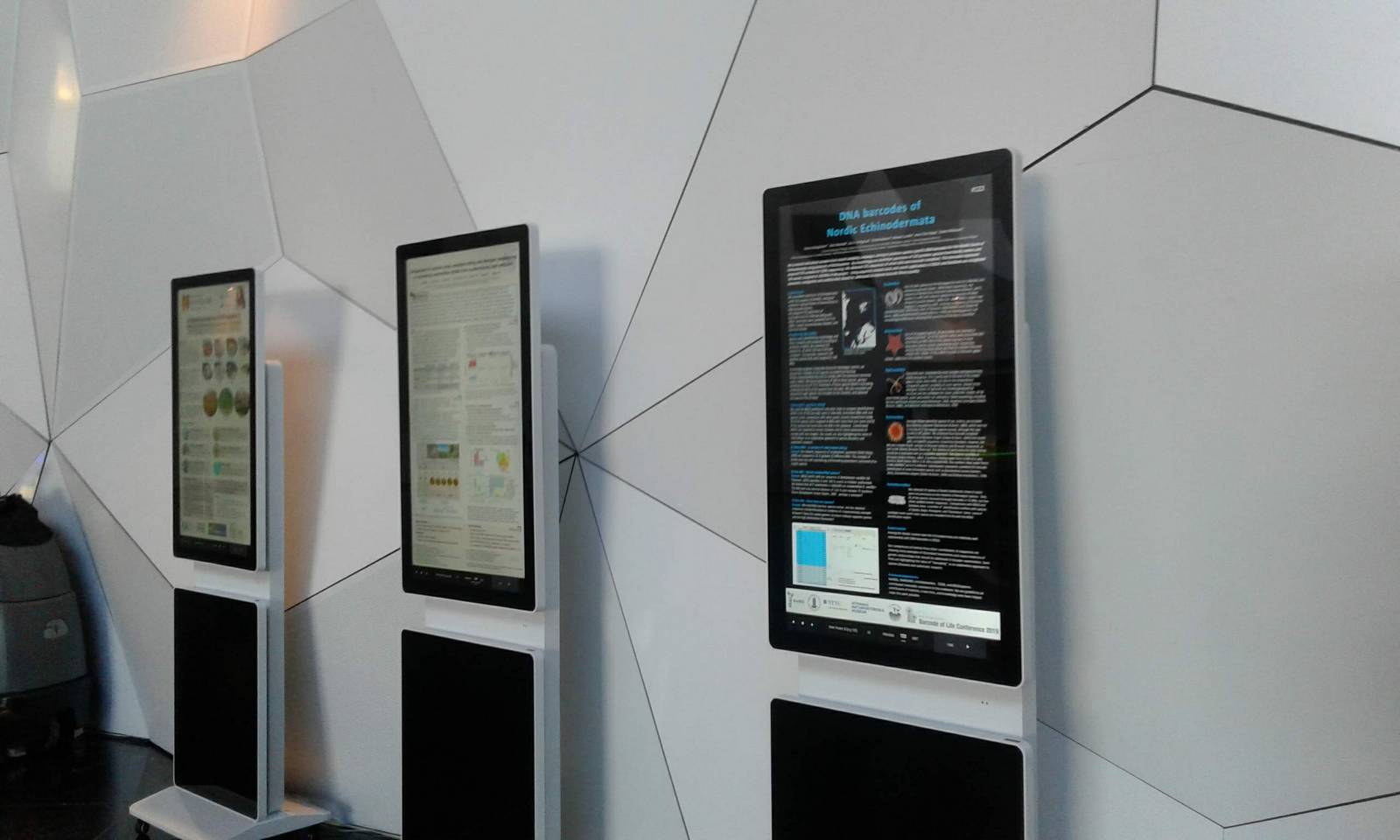 Posters were digitally presented, and can all be found online here: https://epostersonline.com/norbol2019/ 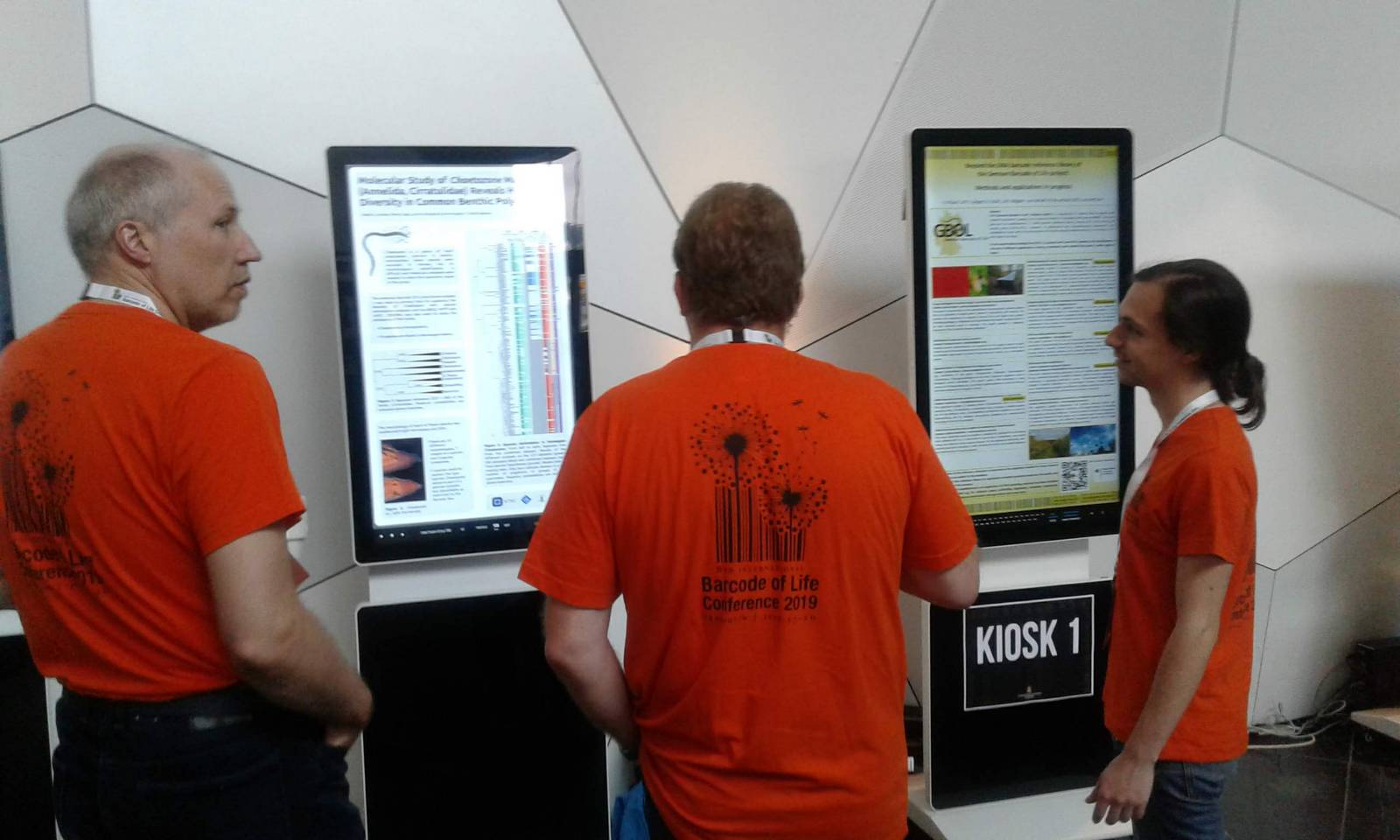 Maël (right), who has been visiting us to work on the collections and has been co-supervised from Bergen for his recently defended Master thesis showing his poster to colleagues 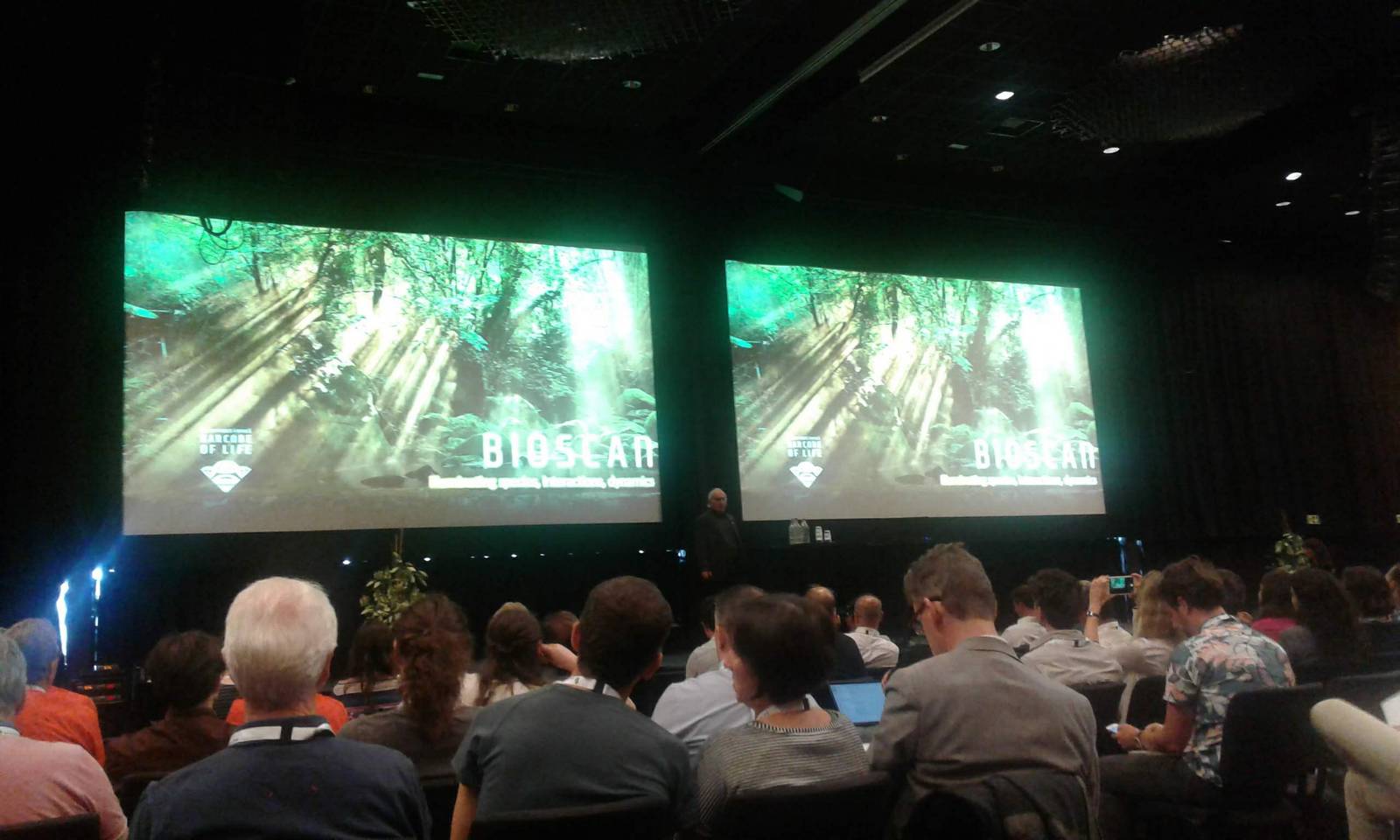 The introduction of BIOSCAN, “the newest phase of a 15-year research program that will transform our understanding of, and integration with global biodiversity” was greeted with enthusiasm – you can read more about this ambitious venture on the IBOL web pages.

It was a excellent conference, and we look  forward to continuing our work on building a validated barcode reference library for species found in Norway through the numerous Norwegian Taxonomy Initiative projects (Artsprosjekt) we have running here at UMB.